About a year and a half ago our friends at Breakpoint and Chuck Colson Center for Christian Worldview ran an excellent commentary on the unseen pain behind same-sex marriage.

John Stonestreet writes of one woman whose husband left her for his gay partner, saying,

For instance, USA Today, in its cheerleading for same-sex marriage, ran a photo section on her ex-husband, his partner, and her children without her consent or even notice to her. Darnelle wrote, ‘Commenters exclaimed at how beautiful this gay family was and congratulated my ex-husband and his new partner on the family that they “created” . . .,’ even though, she continued, ‘there is a significant person missing from those pictures: the mother and abandoned wife. That “gay family” could not exist without me.’

In an essay entitled “We Have No Right to Happiness,” [C.S. Lewis] told the story of two neighbors each of whom had divorced their spouses and then married each other.  Another neighbor, with whom he was discussing the situation, replied ‘they have a right to happiness.’

The happiness his neighbor was referring to was a right to ‘sexual happiness,’ which, according to Lewis, meant the freedom to act on our sexual impulses without restraint. And it doesn’t matter if such restraint is good for us or for the society as a whole.

What This Judge’s Ruling in Nebraska Means for Religious Liberty 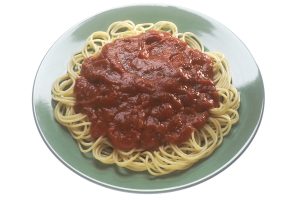 On Tuesday a judge in Nebraska correctly dismissed a lawsuit by a prisoner who claimed his religious beliefs as a member of the Church of the Flying Spaghetti Monster were not being honored.

The Church of the Flying Spaghetti Monster is generally viewed as a parody religion. It began in 2005 as a satiric response to a decision in Kansas to teach intelligent design in public schools.

The inmate who filed the lawsuit claimed that as a member of the Church of the Flying Spaghetti Monster, he ought to be afforded the right to wear religious clothing and pendants, meet for weekly worship, take communion, and so on.

If you are curious what “religious attire,” a member of the Church of the Flying Spaghetti Monster might want to wear, here’s an article about one member who filed an appeal against the Massachusetts Registry of Motor Vehicles in order to wear a colander on her head for her driver’s license photo. Judge Gerrard also notes in his ruling that the “Flying Spaghetti Monster Gospel” encourages adherents to wear pirate costumes and take communion in the form of “a large portion of spaghetti and meatballs.”

“The Court finds that [the Flying Spaghetti Monster movement] is not a ‘religion’ within the meaning of the relevant federal statutes and constitutional jurisprudence. It is, rather, a parody, intended to advance an argument about science, the evolution of life, and the place of religion in public education. Those are important issues, and [the Flying Spaghetti Monster movement] contains a serious argument, but that does not mean that the trappings of the satire used to make that argument are entitled to protection as a ‘religion.’ Nor, the Court finds, has Cavanaugh [the inmate who filed the suit] sufficiently alleged how the exercise of his ‘religion’ has been substantially burdened.”

The lawsuit is significant, because the inmate who filed it invoked the First Amendment to the U.S. Constitution as well as Nebraska’s constitutional provisions protecting religious liberty and the federal Religious Land Use and Institutionalized Persons Act.

In spite of all this, the judge still dismissed the suit.

The dismissal highlights the simple fact that it is incredibly difficult to misuse or abuse the free exercise of religion. Lately when states consider religious freedom legislation–like the Religious Freedom Restoration Act signed into law in Arkansas last year–many people immediately raise concerns about possible ways the legislation might be abused. This case in Nebraska highlights the fact it is extremely difficult for a person to do so.

You cannot chalk any behavior up to “the free exercise of religion” and get away with it, plain and simple.

You can read the judge’s full ruling here.

END_OF_DOCUMENT_TOKEN_TO_BE_REPLACED

Eric Metaxas at the Colson Center for Christian Worldview released an excellent commentary today on how many Americans, today, do not “get” religion, and others are completely uninformed about what Christians teach and believe.

“In an increasingly secular age, ordinary Americans know less and less about Christianity and much of what they claim to ‘know’ is wrong, sometimes hilariously so.”

You can listen to his full commentary below or click here to read it.