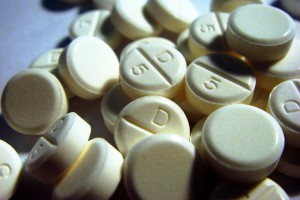 “If the tobacco industry paid for two studies to refute the claim that tobacco hurts your health, and the major premise of both studies was that the manufacturers of tobacco products reviewed their records and did not find any association between tobacco and ill health, would we believe them?”

What’s more, two of the three lead researchers who published the study work for Planned Parenthood’s office in Los Angeles, California. The third author is a member of Princeton’s Office of Population Research.

This “study” comes as legislators in Arkansas and elsewhere look to regulate unsafe chemical abortion practices. Abortion advocates claim this study proves these regulations are unnecessary, but given the source of the research, I would take its findings with a grain of salt.

END_OF_DOCUMENT_TOKEN_TO_BE_REPLACED

Last week the American Academy of Pediatrics came out against marijuana legalization.

“[S]tudies have shown that adolescents who report regular marijuana use perform more poorly on tests of working memory, visual scanning, cognitive flexibility, and learning. Furthermore, the number of episodes of lifetime marijuana use reported by subjects correlated with overall lower cognitive functioning.”

In its statement on marijuana, the AAP took to task the notion that marijuana is somehow safer than alcohol or tobacco, writing,

“One argument in support of marijuana legalization is that alcohol and tobacco cause more harm to society, in terms of financial and health costs, than marijuana. This argument is based on their belief that tight controls on the use, possession, and sale of what some consider a benign substance, such as marijuana, are inconsistent with policies that permit the legal use of substances such as alcohol and tobacco, which cause far more harm to individuals and society. Few would argue that the use of tobacco and underage or excessive use of alcohol are not harmful. However, the harmful effects of marijuana are rarely included in discussions about legalization of recreational and medical marijuana use, despite the emerging and convincing data on the neurodevelopmental consequences of marijuana and its potential to for [sic] addiction. ….

The AAP supports ongoing research on marijuana and its uses and side-effects.

This announcement from the AAP comes as more news stories surface about the negative effects of marijuana–especially on children.

In Colorado and Washington, the Associated Press reports marijuana-related calls to poison control have spiked.

“New year-end data being presented to Colorado’s legislature this week show that the Rocky Mountain Poison and Drug Center received 151 calls for marijuana exposure last year, the first year of retail recreational pot sales. That was up from 88 calls in 2013 and 61 in 2012, the year voters legalized pot.

“Calls to the Washington Poison Center for marijuana exposures jumped by more than half, from 158 in 2013 to 246 last year.

In Oklahoma last week, police reported a man gave his girlfriend’s 10-month-old baby synthetic marijuana to “get rid of it.” Paramedics rushed the child to the hospital after she was found unresponsive.

END_OF_DOCUMENT_TOKEN_TO_BE_REPLACED