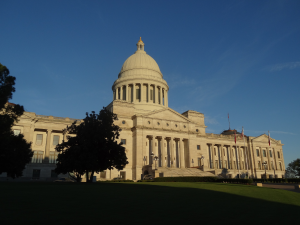 This afternoon the Arkansas House of Representatives passed a good, pro-life bill.

H.B. 1578 by Rep. Lundstrum updates Arkansas’ informed-consent requirements regarding abortion. It improves the information a woman is given prior to an abortion, and it implements a 48-hour waiting period before an abortion, giving her more time to consider abortion, its risks, and its alternatives.

We believe this good bill will save the lives of unborn children by ensuring women know their options and the alternatives to abortion.

The bill now goes to the Arkansas Senate for consideration.

END_OF_DOCUMENT_TOKEN_TO_BE_REPLACED

Pro-life advocates in Texas report they were assaulted by a woman with an incendiary device on Monday night.

“Eyewitnesses say Melanie Maria Toney, 52, threw the explosive out of her car window at pro-life advocates as they prayed as part of the 40 Days for Life vigil, but they were able to stomp out the fire before the bottle exploded.

“The Central Texas Coalition for Life reported the attack – and the fact that the woman had been arrested – last night. Toney has been charged with aggravated assault.”

The article states the woman allegedly hurled a Molotov cocktail at a group of volunteers outside an abortion clinic; the group was praying as part of 40 Days for Life, a prayer campaign underway right now.

You can read more about this story here and here.

END_OF_DOCUMENT_TOKEN_TO_BE_REPLACED

The Quapaw Tribe of Oklahoma has applied with the U.S. Department of Interior’s Bureau of Indian Affairs to have a 160-acre plot of land near the Little Rock Port Authority placed in a trust by the United States for tribal use, according to various news sources.

The Quapaw Tribe has owned the land for about two years. Its application with the Bureau of Indian Affairs would change the designation of the land and significantly affect local regulation and control of the property.

The laws and regulations are a little difficult to navigate, but under federal law, tribes may conduct gambling operations on many of these tribal lands held in trust by the federal government.