118 ministers and church leaders have signed a letter opposing a casino amendment that will appear on the ballot next week.

Watch this video to learn more. Click here to read the letter.

END_OF_DOCUMENT_TOKEN_TO_BE_REPLACED 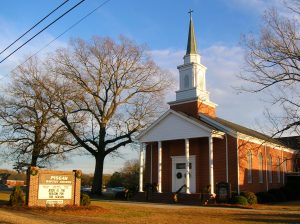 As ministers and leaders in Arkansas, one of our primary responsibilities is to lead God’s people and protect them from any and all forms of harm and danger. That is why we are each signing this letter in opposition to the proposed ballot measure Issue 4.

Issue 4 would amend our state’s constitution to legalize casino gambling in Arkansas. This is not a political issue or an economic issue. This is a social and moral issue. Passing Issue 4 quite literally would wreck families and ruin lives in Arkansas.

Casino gambling is tied to crime, bankruptcy, homelessness, domestic violence, divorce, and suicide. Countless children have gone hungry and been neglected, living in poverty, because of a parent’s gambling addiction.

It is our sincere conviction that legalizing casino gambling in Arkansas will harm the families and communities we are called to serve. As Christians, we are instructed to love our neighbors as we love ourselves. Issue 4 would hurt our neighbors and their loved ones. For this reason, we oppose Issue 4 and we hope that other Arkansans will as well.

You can read an analysis of Issue 4 here.

END_OF_DOCUMENT_TOKEN_TO_BE_REPLACED 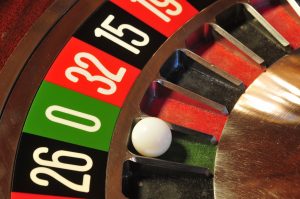 Issue 4 is a proposed state constitutional amendment that will appear on the November 6 General Election ballot.

If passed, the amendment would authorize four casinos in Arkansas: One in Garland County; one in Pope County; one in Jefferson County; and one in Crittenden County.

Casino licenses in Garland and Crittenden counties would automatically be given to Oaklawn and Southland who operate racetracks in those counties. The other two casino licenses would be awarded to qualified companies following an application process with the state.

Casinos would be able to offer virtually any type of gambling, including wagering on sporting events. The amendment may authorize Internet gambling and wagering via smartphones and other electronic devices. The amendment taxes net revenue from casino games, and it divides that tax money among various state and local government bodies.

Below is additional information regarding Issue 4.

Issue 4 authorizes casinos in Garland, Crittenden, Pope, and Jefferson counties. Casino licenses in Garland and Crittenden counties would be given to racetrack franchises in those counties automatically. That means that Oaklawn’s horse racing track in Garland County and Southland’s greyhound track in Crittenden County would become casinos upon passage of the amendment. Companies would apply for licenses to operate casinos in Jefferson and Pope counties.

Who Can Operate Casinos?

Under Issue 4, Arkansas’ racetracks in Hot Springs and West Memphis would be able to offer casino gaming. Companies wishing to operate casinos in Jefferson County or Pope County must have proven experience operating casinos elsewhere, and must pay an application fee of up to $250,000 to the state. Practically speaking, these requirements favor wealthy casinos from other states who wish to expand business to Arkansas.

Allows Virtually Any Type of Gambling.

The amendment lets the casinos offer:

One unanswered question is whether or not the casino amendment would open the door for gambling online and via smartphones. State and federal law already have allowed Oaklawn to accept wagers from Arkansans online via its website. The amendment’s wording that says casinos can offer gambling via “any…electronic device” arguably could let people gamble through the casino’s website or smartphone app as well.

This is lower than most states.

For example, according to the American Gambling Association:

Under Issue 4, casinos are subject to the same income tax, property tax, sales tax, and other taxes as for-profit businesses, but cities and counties cannot levy any additional taxes on casino revenue.

Where Would The Net Casino Gaming Receipts Tax Money Go?

No Funding Earmarked For Arkansas’ Roads.

Some of the campaign material for Issue 4 has indicated the measure would help pay for highway improvements. However, the amendment does not set aside any funds for Arkansas’ roads.

Most of the tax revenue collected from the casinos under Issue 4 is handed over to legislative bodies who would spend the money as they see fit. Nothing in the amendment requires the Arkansas Legislature or local officials to direct money toward improvements to state highways or local roads.

In August the Arkansas Highway Commission issued a news release clarifying that Issue 4 does not earmark money for state highways, despite some of the claims being made by supporters of Issue 4.

Under Issue 4, casinos may operate 24 hours per day, 365 days per year, and casinos would be permitted to sell or give away alcohol to patrons during all hours the casino operates, including Christmas Day—even if the casino is located in a dry county.

The Primary Financial Backers of Issue 4.

According to news articles and financial reports, the Quapaw Tribe in Oklahoma has contributed more than $1.4 million to passage of Issue 4. Leaders from the Quapaw Tribe have said they want to open a casino in Pine Bluff (Jefferson County), and have held meetings with elected officials and community leaders in Pine Bluff.

The Cherokee Tribe in Oklahoma also has contributed more than a million dollars to Issue 4 and has shown interest in opening a casino near Russellville in Pope County.

The campaign for Issue 4 also has received support from manufacturers of gaming devices.