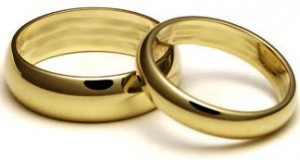 Organized by the National Organization for Marriage, the 2014 March for Marriage events will take place in Washington D.C. tomorrow, beginning with a rally from 11am to 1pm followed by a March to the Supreme Court.

The program features many notable speakers including:

The keynote speaker for the evening Marriage Gala is Dr. Benjamin Carson.

Rep. Tim Huelskamp (R-KS) will also be speaking out in support of traditional marriage and doesn’t believe the fight for marriage between one man and one woman is over.

In an exclusive interview with Breitbart News, the conservative congressman talked about the meaning of marriage between a man and a woman for all Americans.

“The fight for marriage isn’t over at all, despite what the media want us to believe,” Huelskamp said. “They said the same thing the day after Roe v. Wade was decided – that the pro-life movement was over. But just look at us now.”

“We’re winning on life issues now, and that’s what will happen with traditional marriage,” he continued. “Kids need a mom and a dad, and people understand that. Marriage between a mom and a dad is most important for kids.”

Huelskamp is critical of how many Republican leaders have remained silent about activist judges overturning marriage laws in some states.  “They’re happy to comment against activist judges on other issues, but why not this one that affects children and families the most?” he asks. “On this one, where thirteen activist judges decided to ignore our own Supreme Court, they’re silent, and that’s how you lose an argument.”

“In many ways, the crumbling of the institution of marriage is the real ‘war on women,’” Huelskamp concluded. “Marriage is the civilizing influence for men and for families.”

Organizers have also included a Virtual March for those unable to make it to Washington, D.C.

“The Virtual March is a way for everyone across the country to participate in the March for Marriage, joining the thousands of marriage activists in our nation’s capitol. This national grassroots advocacy in defense of marriage will serve to greatly enhance the impact of the March in Washington.”

Is There a Conservative Argument for Gay Marriage?