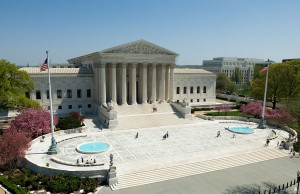 As a result of yesterday’s landmark Supreme Court ruling involving Hobby Lobby and Conestoga Wood, a lot of incorrect information has emerged across the Internet. We want to take a moment to bust a few common myths we see recurring about the ruling and its implications.

Bishop Anthony Taylor of the Catholic Diocese of Little Rock once said government should not require what conscience forbids or forbid what conscience requires. Yesterday’s ruling is a step in that direction. It doesn’t coerce people into paying for something their conscience finds objectionable; it doesn’t prevent people from purchasing something with their own money. The ruling does not spell doom and gloom or legalize discrimination the way many are trying to claim. It simply keeps the federal government from running roughshod over the religious liberties of families who own businesses.

5 Reasons You Should Be Outraged at Obamacare’s HHS Mandate