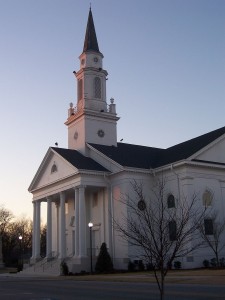 For several days we have followed two stories related to religious liberty in America.

The first is from Houston, where city officials are leaning hard on local pastors in order to get the ministers to cough up communications related to homosexuality and the city’s “nondiscrimination” ordinance.

The second is in Idaho, where–again, because of a “nondiscrimination” ordinance–two ministers face fines and jail time for declining to perform a same-sex wedding at their wedding chapel.

Both situations underscore the unintended consequences of these city ordinances. When cities start writing special protections for homosexuals and transgender people into the city code, they open people of faith to the threat of litigation and criminal prosecution.

In Houston, a lawsuit over efforts to repeal the city’s “nondiscrimination” ordinance has resulted in pastors who are not even part of the lawsuit being hit with subpoenas demanding they turn over all their pastoral communications related to homosexuality and any “speeches” (i.e. sermons) concerning the effort to repeal the ordinance. We have said before that this appears to be nothing more than an attempt by Houston’s mayor to hijack the judicial process in order to punish ministers who have conscientious objections to homosexuality and the city’s ordinance.

In Idaho, a husband and wife–both of whom are ordained ministers–have been told they must permit same-sex weddings at the wedding chapel they have operated the past 25 years.

City officials claim the couple must allow same-sex weddings, because the city has a “nondiscrimination” ordinance barring discrimination on the basis of sexual-orientation. Same-sex marriage has become legal in Idaho as a result of the U.S. Supreme Court’s recent decision not to hear an appeal over a lower court’s ruling that struck the state’s marriage amendment.

When the Coeur d’Alene City Council passed its “nondiscrimination” ordinance in 2013, concerns it might infringe on religious liberties were largely dismissed. Looking at news articles from the time, we read,

“The proposed ordinance is aimed at protecting lesbian, gay, bisexual and transgender people (LGBT) in areas of employment and public accommodations, such as restaurants and housing, by preventing people from discriminating against them solely based on ‘sexual orientation, gender identity and expression.’

“That means, for example, under the new ordinance an employer can’t fire someone solely because of the person’s sexuality. Or refuse them service in a restaurant for the same reason. Proponents of the rule said different races, creeds and colors are protected by laws for that, so the new rule is bridging a gap that hasn’t been covered. …

“But opponents said the rule will do the opposite of what it’s reportedly supposed to do. It will discriminate against those with religious beliefs, especially in the business world, by forcing them to go against their conscience for the benefit of a select few.”

Whatever concerns people voiced about infringing religious liberties apparently were ignored by the Coeur d’Alene City Council; the council passed the ordinance by a vote of 5 to 1 despite hundreds of local residents testifying against it.

In both Houston and Coeur d’Alene, what was billed as a city ordinance to keep someone from being fired because they are gay has turned out to be exactly what opponents said it would be: A serious burden to the free exercise of religion.

Given that people of faith are already feeling the negative repercussions of these ordinances in places like Idaho and Texas, I have to wonder how long it will take for the same to happen in Fayetteville, Arkansas, where the city council passed a similar ordinance a few weeks ago. Fayetteville residents are working to repeal the ordinance via a special election this December, but opponents have filed a lawsuit to stop the repeal effort.

Click here to read more about the unintended consequences of the Fayetteville “nondiscrimination” ordinance.