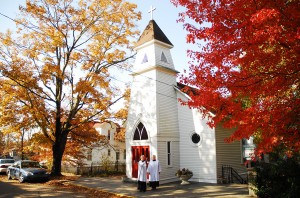 Traditionally, city councils and quorum courts suspend the rules when an ordinance is noncontroversial or is addressing some sort of emergency situation. It’s a way to expedite the process under special circumstances. However, the City of Eureka Springs chose to rush a controversial ordinance through in a single council meeting at which very few members of the public were present to comment.

The ordinance is similar to the one the Fayetteville City Council tried to pass last year in that it extends special protections and privileges to citizens based on, among other things, sexual-orientation or gender identity, and it levies criminal penalties against violators–in this case, a $100-$500 fine per violation.

The Fayetteville ordinance created a Civil Rights Administrator who enforced it, while the Eureka Springs ordinance tasks the mayor with the responsibility of handling alleged violations of the ordinance.

Because the ordinance is substantially similar to the ordinance originally proposed in Fayetteville last summer, it will have the same unintended consequences: