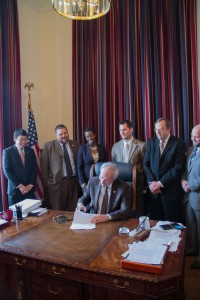 This good law protects religious liberty in Arkansas from further erosion. It is based on federal law as well as similar laws in 20 other states.

You can see a copy of the letter and a list of its signatories here.