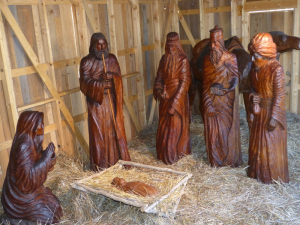 Even though it’s only May, atheists from Wisconsin are working to prevent a Kentucky town from displaying a Nativity scene this Christmas.

The Freedom From Religion Foundation wrote this week that it has received word Walton, Kentucky, will not be putting a Nativity scene on City Hall property this year, after receiving complaints from the group.

However, it’s worth pointing out the U.S. Supreme Court has ruled Nativity scenes on public property constitutional in the past. In Lynch v. Donnelly the court ruled a Nativity scene on city property did not violate the Establishment Clause, writing, there was “insufficient evidence to establish that the inclusion of the crèche [Nativity scene] is a purposeful or surreptitious effort to express some kind of subtle governmental advocacy of a particular religious message. . . . The crèche [Nativity scene] in the display depicts the historical origins of this traditional event long recognized as a National Holiday [Christmas].”

The Christmas Story: Performed by Kids

See the Film ‘The Christmas Candle’