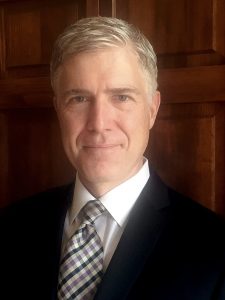 This week, Family Council co-signed a letter to the U.S. Senate in support of Judge Neil Gorsuch, President Trump’s nominee to the U.S. Supreme Court.

Judge Gorsuch is widely recognized as a jurist possessed of deep intelligence and true fairmindedness. In 2006 the U.S. Senate recognized these qualities, confirming Gorsuch without dissent to his current position on the 10th Circuit. After a decade of constitutionally sound and clearly written rulings and opinions, Judge Gorsuch deserves once again the swift approval of the Senate.

The letter was produced by the pro-life group Susan B. Anthony List.

You can read the entire letter here.

From FRC: The Fallout of a “Post-Nuclear” U.S. Senate