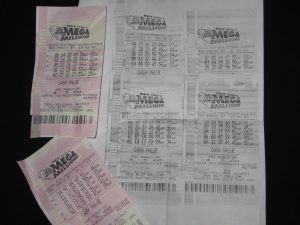 The report shows the Arkansas Lottery made a little over $38.5 million in June; of that money, roughly $6.8 million was spent on college scholarships. Nearly $6.4 million extra in scholarship funding came from the Lottery’s unclaimed prizes account, which is funded with prize money that is not claimed by lottery players.

June marks the end of Fiscal Year 2017 at the Arkansas Lottery. Since July of 2016, the Lottery has made nearly $450 million, but has spent less than $85.3 million on scholarships–roughly 19 cents of every dollar it made.

Louisiana’s Lottery often makes less money than Arkansas’, but it pays out more for education, because Louisiana’s state law requires a minimum percentage of the Louisiana Lottery’s revenue to go to education. In Arkansas, however, students get whatever money is leftover after the Lottery has paid its other bills.

Below is a breakdown of the Arkansas Lottery’s figures for Fiscal Year 2017.

AR Lottery: Revenue Down, Expenses Up, and Everything is Fine?