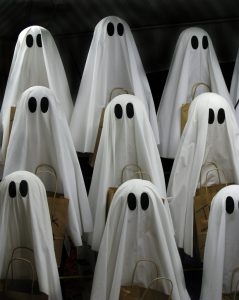 Our friends at the Colson Center for Christian Worldview have released a commentary on the growing interest in the occult among Millennials.

The owner of one so-called “metaphysical boutique” in New York says business has never been better. Her occult accessories fly off shelves and into the apartments of educated, urban young people. For those who want to go even deeper, her establishment offers workshops like “Witchcraft 101,” “Astrology 101,” and “Spirit Séance.” . . . .

So what do we make of this exodus from organized religion and into the arms of new expressions of old paganism? Well, for one thing, it shows young people have no idea what they’re actually buying into. As my colleague, Roberto Rivera, wrote at BreakPoint.org, witchcraft and occult spirituality has been marketed the last few decades as sanitized, consumer-friendly versions of the real thing. Sorcery and star signs may be in vogue now, but one need only look at the preserved bodies of human sacrifices from Iron-Age Europe to know what sort of world this worldview creates.

You can read the entire commentary here or listen to it below.

[audio:http://www.breakpoint.org/wp-content/uploads/2017/11/112117_BP.mp3|titles=Millennials Spellbound by the Occult by John Stonestreet]

Journalists’ Freedom a Testament to Life