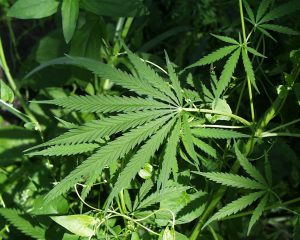 In recent years several states — including Arkansas — have moved to legalize marijuana for one reason or another. However, in spite of these state laws, marijuana is still 100% illegal to grow, buy, sell, or use under federal law.

The Obama Administration opted several years ago not to prosecute people growing or using marijuana in compliance with state laws. As a result, states have been able to legalize “medical” and recreational marijuana with few repercussions, and marijuana businesses and users have not faced prosecution.

However, that may be about to change.

According to news reports, the federal Department of Justice is set to let prosecutors decide how aggressively to prosecute marijuana in states like California, Colorado, Arkansas, and elsewhere.

That means medical marijuana farms, stores, and users in Arkansas could face criminal prosecution, if our U.S. Attorneys decide to enforce the nation’s marijuana laws.

Family Council predicted this possibility back in 2012:

If and when [Obama Administration] Attorney General Eric Holder is succeeded by someone else, that Attorney General could direct the U.S. Attorneys to prosecute any and every person using marijuana, regardless of their circumstances. Why? Because under federal law it is blatantly illegal to grow, possess, transport, sell, or use marijuana for any reason. Period.

This is not something federal law is ambiguous or silent about. Congress has spelled out in black and white that marijuana is 100% illegal.

If people want to legalize marijuana, then they should take that up with Congress, and they should not be surprised to hear federal prosecutors might actually start following and enforcing federal law. It really is as simple as that.