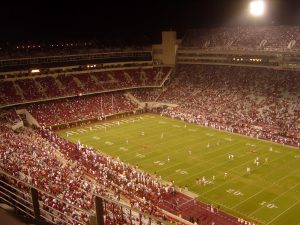 On Monday the U.S. Supreme Court struck down a federal law that had generally prevented states from legalizing gambling on sports.

Family Council President Jerry Cox released a statement saying, “Any expansion of gambling is a bad thing. This court ruling sets the stage for states like Arkansas to become awash in a sea of gambling. Arkansas law already generally prohibits betting on ballgames and other sports. We need to make sure that ban stays in place and applies to the racetracks at Hot Springs and West Memphis.”

Cox dismissed the idea that sports betting would be good for Arkansas’ economy. “In December consultants for the State of Arkansas told our legislators that the State might be able to collect tax money from sports betting if the U.S. Supreme Court ever issued an opinion like this one. You can’t gamble and tax your way to economic prosperity. Gambling preys on the poor. It’s linked to an increase in domestic violence, homelessness, and divorce. Sports betting is going to appeal to younger people who are more likely to develop a gambling addiction. For every dollar the State would get in tax revenue from sports betting, it would have to spend a lot more on social services trying to clean up the mess that gambling makes in our communities.”

Cox said his group will oppose any expansion of gambling in Arkansas. “Out-of-state groups are trying to open casinos in Pine Bluff, Texarkana, and elsewhere. Now I expect we’ll see groups wanting to legalize sports betting in Arkansas, too. Between the State Lottery and the casino games in Hot Springs and West Memphis, Arkansas already has enough problems from gambling. We don’t need any more.”