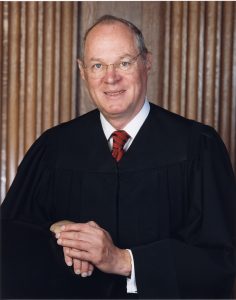 Today U.S. Supreme Court Justice Anthony Kennedy announced he is retiring from the court at the end of July.

Justice Kennedy has long been considered a pivotal swing vote on the court.

In 2015 he authored the U.S. Supreme Court’s opinion that abolished state marriage amendments like Arkansas’, but he also was instrumental just this week in striking down a California law that targeted pro-life pregnancy resource centers.

Justice Kennedy’s retirement means President Trump and the U.S. Senate soon will take up the task of nominating and confirming a justice to fill the vacancy he leaves behind. President’s Trump has indicated that the process of finding a new Supreme Court Justice will begin right away.

Justice Kennedy’s replacement could drastically change the direction of the court — shifting the U.S. Supreme Court farther to the right or to the left.

This is an opportunity to replace a swing vote on the court with a conservative vote. Needless to say, a lot is at stake.