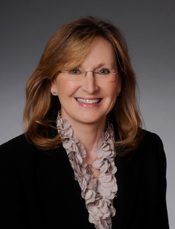 Representative Ann Clemmer has filed a constitutional amendment to require the Arkansas Lottery to allocate 35% of its revenue for college scholarships.

Right now Arkansas law does not require any kind of minimum percentage of lottery revenue be set aside for scholarships.  As a result, the percentage allocated has been set incredibly low—approximately 22%, one of the lowest in the nation.

By our estimating, this amendment could increase the amount of scholarship money available to students by one-third, from $100 million to approximately $150 million or more.

According to Representative Clemmer, the current amendment sets the allocation at 35%, but she plans to amend the wording to make the 35% a minimum—meaning it could be increased even after the amendment goes into affect.

If this amendment passes, Arkansans will have opportunity to vote on it in the next General Election, in November of 2012.

You can read the amendment here.

A Connection Between Gov. Beebe and the Poison Pill Amendment?