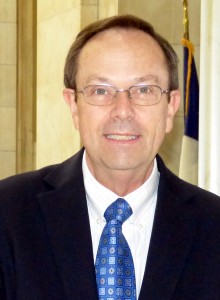 Recently, churches in states that have redefined marriage–such as New York and others–have wondered whether new marriage laws require them to permit same-sex weddings on church property.

Alliance Defending Freedom has the answer: In short, church property is private property, and the church is protected by the First Amendment when it comes to the activities it does and does not permit on its property.

To provide the broadest protection possible, ADF offers the following:

“The best way to protect your church is to adopt a facility usage policy that outlines the religious nature of the church buildings and restricts usage of the facility to uses that are consistent with the church’s biblical beliefs.  It is always best to adopt a policy governing the use of the facility because a policy is powerful evidence of the church’s beliefs and practice regarding use of its buildings. And if your church adopts a policy, it should follow that policy consistently.”

Alliance Defending Freedom offers a sample facility usage policy, which you can download here. They also have published a paper, Seven Things All Churches Should Have in Their Bylaws, available here.

It is no wonder so many churches worry they might be affected by efforts to redefine marriage. In Colorado, a Christian who owns a bakery is facing a lawsuit–and the possibility of up to a year in prison–for refusing to bake a cake for a same-sex “wedding” reception. Colorado’s constitution has banned same-sex marriage since 2006, but the lawsuit and threat of jail time are still progressing against the baker. A similar case also occurred at an Oregon bakery earlier this year.

In New Mexico a Christian couple who runs a photography studio has endured a protracted lawsuit after refusing to photograph a gay wedding.

The owner of Arlene’s Flowers in Washington state, likewise, is facing lawsuits from the state Attorney General and the ACLU. The AG alleges she violated the Consumer Protection Act after she refused to sell flowers for a gay wedding. The florist says she refused to sell the flowers due to her religious beliefs.

These are just a few actual examples of religious liberty being threatened by same-sex marriage.

Interestingly, a recent poll shows Americans overwhelmingly believe photographers and others should not be forced to participate in same-sex weddings against their conscience. Nevertheless, it seems our First Amendment right to religious liberty is quickly becoming nothing more than an unfortunate casualty of the campaign to redefine marriage.