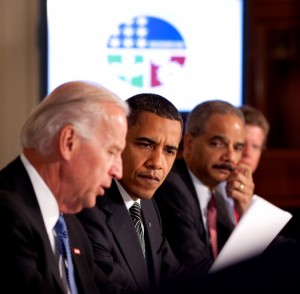 Holder noted during his remarks that American taxpayers are spending upwards of $80 billion a year on the federal prison system, and that the prison population has risen 800% since the 1980s while the U.S. population as a whole has only risen by about 30%.

Most people might assume those statistics indicate the federal government needs to cut some costs from the prison system, or that America is grappling with a very serious crime epidemic. Not Attorney General Eric Holder. His answer to these numbers: Don’t put as many criminals in prison.

Those are the reforms he is announcing, according to ABC News. Holder’s Justice Department is setting the following goals:

Does the federal prison system need reforming? Definitely. The late Chuck Colson devoted a significant portion of his life to prison ministry and reform. The best way to reduce the number of people you are putting in prison, however, is to reduce crime. That’s done at the family and community level. That’s a whole lot harder than simply deciding not to prosecute or incarcerate certain offenders–and that’s probably why Holder is taking the easy-out of simply deciding we will enforce our laws and prison sentencing more subjectively.