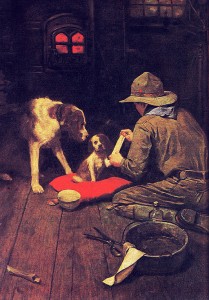 There are some potential legal problems churches need to know they could now face if chartering a Boy Scout troop.

Earlier this year the Boy Scouts of America changed their membership policy, choosing to allow openly gay Boy Scouts to participate in scouting. According to a memo circulated by the Alliance Defending Freedom, churches who charter Boy Scout troops could now be at serious risk due to the BSA’s decision.

According to ADF, a church chartering a Boy Scout troop could:

What Does ADF Recommend?

Faced with the potential for serious legal pitfalls and loss of religious liberty, what should churches who charter Boy Scout troops do? Alliance Defending Freedom suggests churches who want to preserve their freedoms separate themselves from the Boy Scouts of America.

“Maintaining the relationship with BSA will only impair the ability of such organizations to continue in their mission, will undermine First Amendment protection of free exercise and free association, and will significantly increase the risk of litigation directed at these organizations….Separation from BSA may not be easy, but it may be necessary for churches who want to best protect their right to freely preach the Gospel, to be a witness to our nation’s youth, and to avoid undermining their ability to make decisions based on their religious convictions in other, critical contexts.”