Earlier this year the Arkansas Legislature passed Act 137 preventing city or county governments in Arkansas from creating protected classes of citizens not found in state law.

Despite Act 137, four cities along with Pulaski County have passed ordinances extending special protections on the basis of, among other things, sexual-orientation and gender-identity.

“This language indicates that the General Assembly intended Act 137 to ‘hold the field’ with respect to antidiscrimination law. The Act expressly prohibits localities from regulating in that field. More specifically, the Act effectively prohibits cities and counties from prohibiting discrimination in a way that varies from state law. . . . By removing the cities’ and counties’ ability to enact antidiscrimination laws at variance with state laws, Act 137 clearly holds the field and leaves no room for political subdivisions to act.”

With seventy-five counties and hundreds of cities and towns across the state, it makes sense that policies concerning civil rights and discrimination would be addressed at the state level rather than left up to each individual city council or quorum court.

The opinion comes as early voting begins in Fayetteville, where voters have been asked to weigh in on a so-called “nondiscrimination” ordinance. Even if passed, according to this opinion from the Attorney General, the ordinance would be unenforceable as it is currently written.

We have discussed before how these local ordinances carry a number of unintended consequences. Among other things, they threaten to infringe religious liberty, and some of them even inadvertently allow men to use women’s restrooms, locker rooms, showers, and similar facilities–and vice versa.

You can read the full A.G.’s opinion here.

END_OF_DOCUMENT_TOKEN_TO_BE_REPLACED

See How These Arkansas Senators Voted on This Pro-Life Bill

This bill protects women from unsafe abortion practices, and it has the potential to save the lives of unborn children by ensuring abortion-providers do not perform chemical abortions later than the FDA protocols allow.

It takes five affirmative votes to pass a bill out of a senate committee. The bill received five votes for it and two votes against it. One senator was at the meeting, but chose not to vote when her name was called.

You can see a breakdown of the vote below. You can leave a message for any of these senators by calling the senate switchboard at (501) 682-2902.

The Following Senators Voted “No”

The Following Senator Chose Not to Vote

The bill now heads to the Arkansas Senate floor, where the entire senate will vote on it sometime in the near future.

END_OF_DOCUMENT_TOKEN_TO_BE_REPLACED 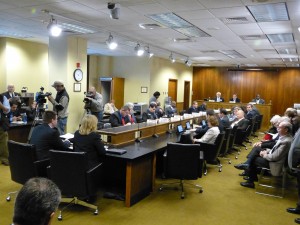