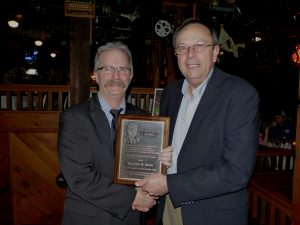 Dr. John Spore of Mountain Home was the recipient of the 2018 Fay Boozman Award, given annually by the Arkansas Physicians Resource Council division of Family Council. In honor of the late Dr. Fay Boozman, this award honors Christian physicians who live as Dr. Boozman lived—striving to honor and glorify God by cherishing his family, and serving well in his medical practice, in his ministry to church, community and world missions, and as a leader in his state.

Dr. Fay Boozman (1946-2005) was an ophthalmologist in Rogers, Arkansas. He served in the Arkansas Senate from 1995-1998. He directed the Arkansas Department of Health from 1999-2005 until his sudden death as a result of a farming accident.

Dr. Spore was honored with the award at a surprise dinner with family, friends and colleagues on Saturday, February 26 at Gaston’s Restaurant. Nominated by Dr. Lonnie Robinson, Dr. Spore was selected by a panel which reviews nominations from across the state and interviews the nominees’ families and friends. A graduate of Sterling College and The University Kansas Medical School, Dr. Spore moved to Mountain Home in 1988 and joined Ozark Surgical Group. He loves Mountain Home—its beauty and its people. It is apparent that the community has a mutual affection for him.

In nominating Dr. Spore, Dr. Robinson said, “John is known as a Christ-follower by his patients, colleagues and other staff members. His faith is evident to those around him, whether he is on the hospital floors, in the operating room, or busy in clinic. His interactions with nursing and operating room staff reflect his commitment as a Christ-follower, and he regularly shares this faith with patients and others that come across his path.”

For the last several years, Dr. Spore and his wife Cheryl have been very involved with and passionate about the Hope Rising Children’s Home in Haiti. He has regularly led multiple teams of physicians, nurses, pharmacists and other volunteers on mission trips to the orphanage. They are most excited that a medical clinic is now being built on the Hope Rising property.

John and Cheryl have been married for 38 years and have raised four children. They continue to be a tight-knit family now that they have grandchildren. Their marriage is known to be one that displays Christ, and they are an encouragement to many other married couples in their circle of influence.

Dr. Spore’s life and actions show a clear, committed heart of service at home and in Haiti. Dr. Spore says simply that he is blessed beyond measure.

END_OF_DOCUMENT_TOKEN_TO_BE_REPLACED 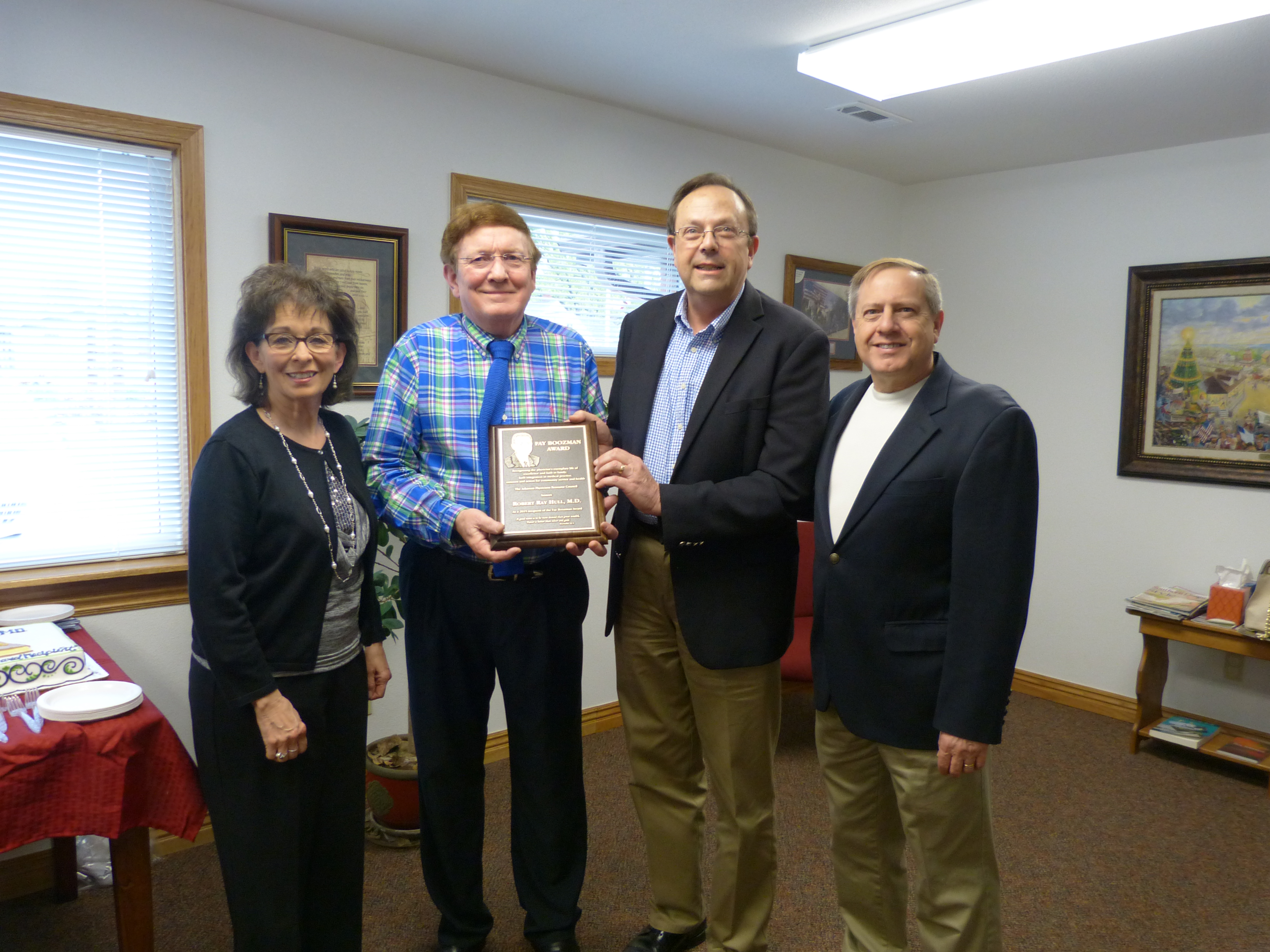 Dr. Ray Hull of Rogers is the 2015 recipient of the Fay Boozman Award, given annually by the Arkansas Physicians Resource Council division of Family Council.  In honor of the late Dr. Fay Boozman, this award is given to a physician who lives out his or her Christian faith in his personal and family life, in professional practice, and in community.

Dr. Fay Boozman (1946-2005) is remembered by those who knew him as a man of bold faith, humble love, and endless optimism. His sudden death, as a result of a farming accident in 2005, stunned us and broke our hearts. He is deeply missed. He was, as one of his many admirers has said, “one of the good guys.”

END_OF_DOCUMENT_TOKEN_TO_BE_REPLACED

Nominate a Doctor for the 2014 Fay Boozman Award! 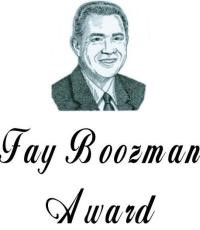 The Executive Committee of the Arkansas Physicians Resource Council is now accepting nominations for the tenth annual Fay Boozman Award. In honor of the late Dr. Fay Boozman, this award is given each year to a physician who lives out his or her Christian faith in three key areas:

Our desire, along with Dr. Boozman’s family, is that this yearly award will bring honor and glory not to Fay, but to the Lord for whom he lived.

We will accept nominations for the Fay Boozman Award through Thursday, August 14, 2014. A review team will process each nomination, and a selection will be made after thorough review of all nominees. We will make the announcement as soon as a recipient is chosen, and the award will be presented at a dinner sponsored by the Arkansas Physicians Resource Council.

We hope that you can help us find the right physician to honor in 2014. Please take the time to nominate a friend, family member, or colleague who would be a worthy recipient of the Fay Boozman Award.

Please go to www.fayboozman.com and submit a nomination online before the nomination period ends on August 14th, 2014!