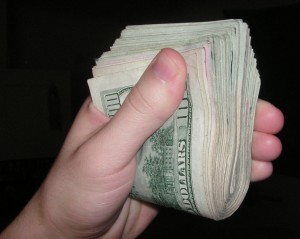 There is a silver lining in all these facts and figures: The fact that lottery revenue continues to decline means Arkansans are losing fewer and fewer of their hard-earned dollars playing the lottery.

The downside, however, is that the supposed “world class” lottery established to fund college scholarships in Arkansas is failing to live up to its promises. Even though no one wants to see taxes increase, the sad truth is Arkansas could fund more scholarships with less expense and bureaucracy by levying a 4/10-cent sales tax than by operating a state lottery.

For what it’s worth: Lottery officials have continued to say lottery ticket sales will drop if the Arkansas Legislature requires them to set aside 30% of gross revenue for college scholarships–and that means less scholarship money in the long-run.

The truth is, if the Lottery had allocated 30% of its revenue for scholarships this year instead of the 19.8% it set aside, scholarship funding would have exceeded $123 million. In fact, even if lottery ticket sales had plummeted by $100 million, the Arkansas Lottery still  would have paid out more for scholarships than it did this year (for a more complete breakdown of how this works, click here).

The commonsense truth is if the Arkansas Lottery sets aside a higher percentage of gross revenue for scholarships, it will pay out more scholarship money. It really is that simple.

Arkansas’ Lotteries Continue to Grow in 2010

Where Will You Find Lottery Machines?

We Beat the Arkansas Lottery – For Now