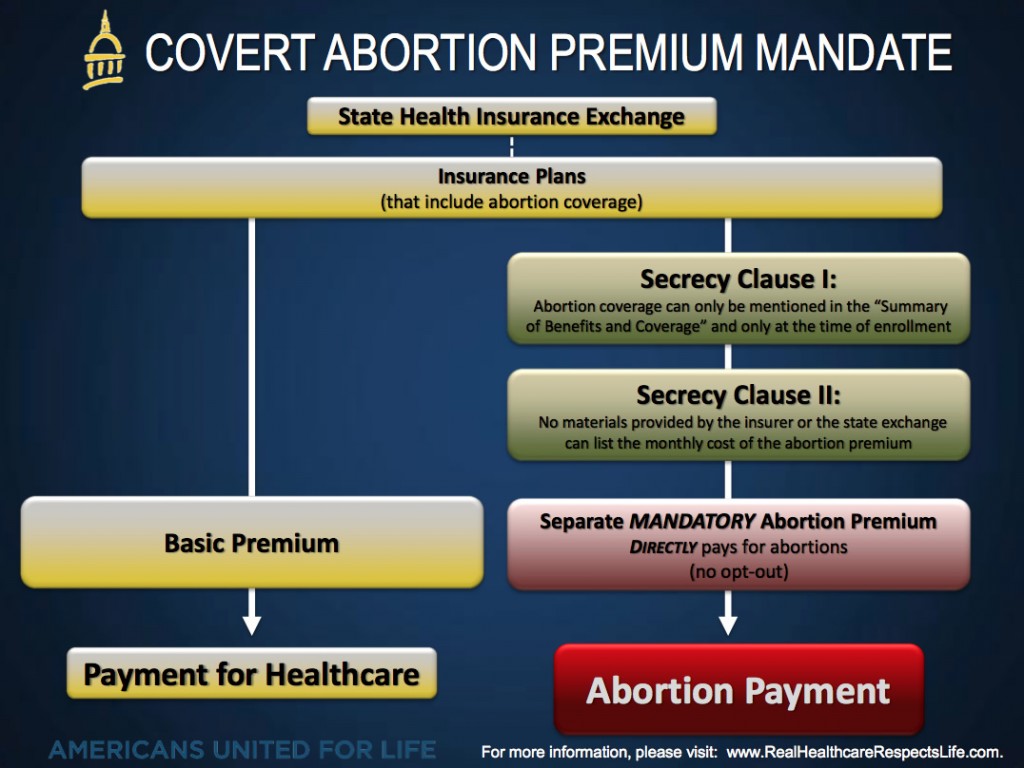 In 2009, Obamacare looked like it might not pass. A last-minute “compromise” promising to prevent public funding of abortion helped secure its passage, so you would think there would be no reason for concern, right? Wrong.

The compromise hinged on ambiguous language added to the Affordable Care Act and an executive order from President Obama. Now it turns out that not only did the federal government use federal funds to pay for abortions under Obamacare, but the Obama administration appears to have completely ignored their own executive order by taking advantage of the ambiguous language in the law.

Below is a press release from our friends at Americans United for Life about the news.

“Americans are paying for Abortion out of federally-subsidized premiums. That is taxpayer funding for abortion, period,” said AUL’s Dr. Charmaine Yoest.

WASHINGTON, D.C. (09-16-14) “The Obama Administration has completely failed to keep its promise to protect taxpayer dollars from abortion funding. The release of the non-partisan federal Government Accountability Office (GAO) report on Obamacare abortion funding demonstrates that Americans are paying for abortion in their healthcare,” said Americans United for Life President and CEO Dr. Charmaine Yoest. “AUL stood with the majority of Americans on the issue of life during the debates over healthcare. At that time, 7 in 10 Americans self-identified both as pro-life and pro-choice said they did not want their tax dollars going to support abortion. But today, we have proof that abortionists have taxpayers to thank for their profit margins.”

Yoest continued, “The report is compelling. It documents how the Obama Administration has abandoned and even undermined the very promises that enabled the healthcare legislation to pass the U.S. House of Representatives.”

When objections to taxpayer funding for abortion or abortion coverage nearly brought down the bill, it took an eleventh hour “compromise”—statutory language provided by Senator Ben Nelson (D-NE) and a promised executive order—to save the ACA. Now, over four years later, the GAO report confirms that the abortion deal was effectively meaningless.

The language in the law is unambiguous—“separate payments” are required for abortion funding. Yet, insurance issuers are not collecting separate payments. In fact, the Obama Administration is telling issuers that they do not need to collect two checks. When issuers seek guidance from the Centers for Medicare & Medicaid Services (CMS), they are told that they can merely itemize the amount of a premium that will be used to pay for abortions.

“Abortions are being paid for out of federally-subsidized premiums. That is taxpayer funding for abortion, period,” said Yoest.

Abortion is woven into the healthcare law at multiple levels, making repeal of the law a pro-life necessity, including:

-Failing to prohibit the use of federal tax dollars for abortion, abortion coverage, and abortion-inducing drugs and devices.
-Pretending that the Hyde Amendment protections were enough to prohibit direct payment for abortion.
-Permitting federally subsidized Qualified Health Plans (QHPs) to provide abortion coverage through the state insurance exchanges required in all 50 states.
-Failing to prohibit all multi-state qualified health plans from providing coverage for abortion.
-Including a “preventive care” mandate that is being used to force coverage of drugs and devices known to end life.
-Failing to provide comprehensive First Amendment conscience protections for individuals, employers, and insurance companies that have religious or moral objections to abortion.