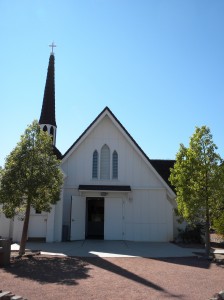 According to the LA Times, some wedding chapels in Las Vegas are declining to perform same-sex weddings.

Same-sex marriage became legal by default in Nevada earlier this month, when the U.S. Supreme Court opted not to review a lower court’s ruling that struck the state’s marriage laws. Now some wedding chapel owners are declining to marry same-sex couples due to the owners’ religious convictions about marriage.

This is significant, because Nevada has a “public accommodation” law mandating “full and equal enjoyment” of public services regardless of sexual-orientation. Similar laws have been used against florists, bakers, and photographers who have declined to participate in same-sex weddings in other states. Because of this law, some are alleging that it is actually illegal for a wedding chapel owner in Nevada to turn away a same-sex couple.

We have written before about how these types of “nondiscrimination” laws carry unintended consequences. Proponents say the laws are necessary to prevent someone from being fired or denied service at a restaurant due to sexual-orientation. In reality, however, these so-called “nondiscrimination” statutes are used to force people of faith to participate in same-sex weddings, receptions, and similar ceremonies they find objectionable.

It isn’t just Las Vegas, either. In North Carolina, a county judge who has served the public for nearly 24 years resigned last week due to same-sex marriage. He told local news outlets,

“It was my only option. We were directed we had to perform the marriages, and that was just something I couldn’t do because of my religious beliefs.”

When Massachusetts became the first state to recognize same-sex marriage in 2004, many did not believe redefining marriage could ever affect people of faith. Ten years later the consequences are becoming all too clear. More and more everyday citizens are finding themselves in the difficult position of either violating their conscience or violating the law. No one should ever be faced with that choice.

Historically, America has always respected rights of conscience. During times of war, a pacifist may file as a conscientious objector. In a hospital, doctors and nurses are not forced to perform procedures they find objectionable unless a patient’s life is on the line. If soldiers and doctors are free to live and work according to their convictions, shouldn’t judges, wedding chapel owners, bakers, florists, and photographers be free to do so as well?

Or is same-sex marriage really more important to our country than national security and medical treatment?