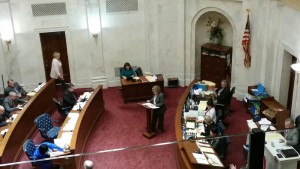 This afternoon the Arkansas Senate passed a good, pro-life bill.

The bill now goes to Governor Hutchinson to be signed into law.