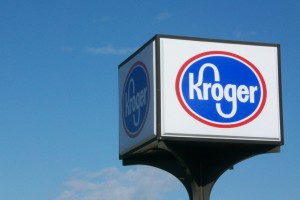 Under the new policy, as of January 1, Kroger employees who disagree with their biological sex will be eligible for up to $100,000 for “gender reassignment” surgery, drug therapy, and other procedures.

The problem is Kroger appears to be caving to political pressure from relentless activists like the Human Rights Campaign–and they’re doing so at the expense of their employees. Here’s how.

In the summer of 2014 Dr. Paul McHugh, former psychiatrist-in-chief at Johns Hopkins Hospital, wrote in the Wall Street Journal,

“We at Johns Hopkins University—which in the 1960s was the first American medical center to venture into ‘sex-reassignment surgery’—launched a study in the 1970s comparing the outcomes of transgendered people who had the surgery with the outcomes of those who did not. Most of the surgically treated patients described themselves as ‘satisfied’ by the results, but their subsequent psycho-social adjustments were no better than those who didn’t have the surgery. And so at Hopkins we stopped doing sex-reassignment surgery, since producing a ‘satisfied’ but still troubled patient seemed an inadequate reason for surgically amputating normal organs.

“It now appears that our long-ago decision was a wise one. A 2011 study at the Karolinska Institute in Sweden produced the most illuminating results yet regarding the transgendered, evidence that should give advocates pause. The long-term study—up to 30 years—followed 324 people who had sex-reassignment surgery. The study revealed that beginning about 10 years after having the surgery, the transgendered began to experience increasing mental difficulties. Most shockingly, their suicide mortality rose almost 20-fold above the comparable nontransgender population. This disturbing result has as yet no explanation but probably reflects the growing sense of isolation reported by the aging transgendered after surgery. The high suicide rate certainly challenges the surgery prescription.” (Emphasis Added)

In other words, having “gender-reassignment” surgery did not prove to be the solution transgendered individuals were looking for; if anything, the surgery created additional problems.

So what does this mean for Kroger and its employees? Well, in a nutshell, it means Kroger is encouraging procedures that many in the medical community reject as, at best, ineffective and, at worst, dangerous.

So what is prompting this change at Kroger? Well, it appears to be the result of lobbying by the Human Rights Campaign. The Cincinnati Enquirer wrote last October,

Earlier this year, the Human Rights Campaign gave Kroger an 85 out of 100 ranking in its Corporate Equality Index, noting the Cincinnati grocery company did not yet cover transgender medicine in its health insurance plan.

With this move, Kroger appears to be changing its employment benefits package to cater to one particular group–arguably at the expense of its employees.

Photo Credit: By mcsquishee [CC BY 2.0], via Wikimedia Commons