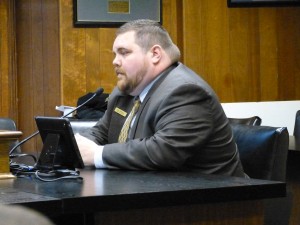 A Christian outreach in Carroll County is continuing to serve those in need thanks in part to the Religious Freedom Restoration Act the Arkansas Legislature passed last year.

The law prevents state government from burdening a person’s free exercise of religion unless it has a compelling governmental interest at stake.

In this case, A Cup of Love Ministry–which serves food to those in need–was told by the state Department of Health that if it was going to serve soup to the homeless, the soup had to “be prepared in an institutional kitchen and served in the same building.”

Rep. Bob Ballinger (R-Hindsville) who sponsored the Religious Freedom Restoration Act in 2015 told the Arkansas Democrat-Gazette, “It was a perfect example of government having too much regulation and not enough reason. For any government to try to shut down a person who’s just trying to feed the homeless, it’s pretty foolish. The Health Department was very willing to work with us.”

The story is reminiscent of a case in Texas from a few years ago: The City of Dallas passed an ordinance effectively preventing several ministries from providing food to the homeless within city limits. In that case, the Texas ministries actually sued the city under Texas’ Religious Freedom Restoration Act; ultimately, the court ruled these ministries could continue feeding the homeless.