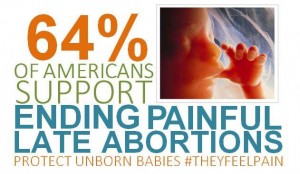 Lawmakers in Illinois have passed legislation that would force pro-life doctors to do abortion referrals.

Senate Bill 1564 has been passed by the Illinois House and Senate. The bill states in no uncertain terms that when a doctor is asked to perform a procedure–such as abortion, for example–that violates his or her religious convictions, the doctor must refer the patient to a physician who will perform the procedure.

In practice, this means a pro-life doctor who considers abortion murder based on his or her deeply-held religious convictions will be forced to refer women to an abortion doctor–despite the objections the pro-life doctor may have to facilitating abortion in any way whatsoever.

Our friends at the Heritage Foundation note the new bill may run afoul of federal law.

Not only would this law violate doctors’ religious objections to abortion; it would also defy federal law.

The Coats-Snowe Amendment requires that federally funded state or local governments not discriminate against health providers because they refuse to perform abortions, provide abortion training, or make referrals for training or abortion.

The Church Amendments state that public officials are not authorized to force individuals to perform abortions or “assist” with them because those individuals receive federal health funds.

Similarly, the Weldon Amendment, a part of every federal appropriations bill since 2005, forbids funding any federal, state, or local agency that discriminates against health care providers because they do not “provide, pay for, provide coverage of, or refer for abortions.”

Consequently, this bill could cost Illinois massive federal funding that it receives in the health care arena.

Unlike this new law in Illinois, Arkansas law generally protects physicians from being forced to perform abortions or abortion referrals.