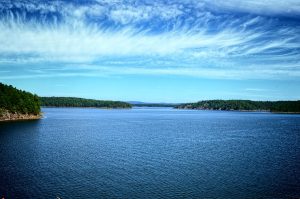 According to The Daily Signal, the Obama Administration’s National Park Service has announced visitors may use the restroom facility of their gender-identity rather than their biological sex.

On the surface, this seems like a fairly insignificant move. As some note, many of the “restrooms” at national parks are more or less out-houses. What’s the big deal?

Well, for starters, larger parks like Yellowstone and the Grand Canyon offer shower facilities at their campgrounds.

This decision raises questions about facilities at the Buffalo River in Arkansas, which is managed by the National Park Service. However, an even bigger question is this: If the federal government is going to adopt policies like this one for federal parks, what does that mean for facilities at lakes, parks, and campgrounds operated by the Army Corps of Engineers and by the National Forest Service?

For instance, the U.S. Army Corps of Engineers operates campgrounds at DeGray Lake between Arkadelphia and Hot Springs. Some of those camping facilities include shower houses. Is the Obama Administration going to force the U.S. Army Corps of Engineers to adopt a similar policy for restrooms and shower facilities at DeGray Lake and other popular camping locations in Arkansas?

This latest move by the Obama Administration once more puts women and children at risk. It is inexplicable and simply defies logic.

You can read more here.