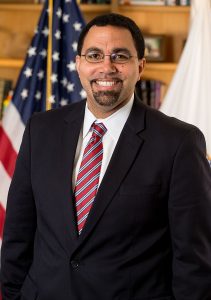 According to different sources, Secretary King noted that some of his classmates at Harvard were home schooled, but expressed concern that “students who are home schooled are not getting the kind of rapid instructional experience they would get in school,” and that home schoolers may have difficulty socializing.

Frankly, these are two myths home schoolers have dispelled time and time again. Evidence has consistently shown home schoolers outperform their peers on standardized testing and are adequately prepared for college.

In 2009, Arkansas’ home schoolers performed better on the Iowa Tests of Basic Skills than 61% – 80% of the students who took that test, nationwide.

According to the 2013-2014 Home School Report from the Arkansas Department of Education, in 2014 home schoolers in grades 3 – 9 scored anywhere from the 51st percentile to the 65th percentile on that same test.

Home schoolers in Arkansas have performed so well on standardized tests that the Arkansas Legislature ended state-mandated home school testing in 2015.

As the Daily Signal writes,

Many homeschooled students attend some of the most rigorous and intellectually challenging schooling there is. Many families pursue a rigorous classical curriculum. Others choose to homeschool because their children wanted more challenging options than their assigned public school provided.

As far as socialization goes, home schoolers have no shortage of options. Arkansas is home to dozens of local support groups for home schoolers; many of these groups meet regularly for educational activities, field trips, or other purposes. Many home schoolers are actively involved in their churches; youth groups; local community organizations; and athletic programs.

John Stonestreet at the Colson Center for Christian Worldview calls the idea that home schoolers don’t socialize well “nonsense. Some struggle, of course, but so do some public schoolers. And what does it mean for a child to be normally socialized anyway? If it’s activities, homeschooling author Joe Kelly observed recently that ‘Many home-schoolers play on athletic teams . . .’ And ‘they’re also interactive with students of different ages… [having] more opportunity to get out into the world and engage with adults and teens alike.'”

The bottom line is this: Home schoolers don’t seem to be suffering any disadvantages when it comes to their quality of education or their opportunities to socialize with other people.

Are Completed Notices of Intent to Home School Subject to FOI?

Getting Ready for Graduation