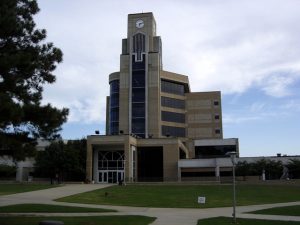 You may recall nearly a year ago attorneys with Alliance Defending Freedom filed a lawsuit in federal court against Arkansas State University after the school attempted to suppress free speech by its students.

ADF says the school has tried to limit speech to sanctioned “free speech” zones. The university’s policy reportedly restricts free speech to 1% of its Jonesboro campus. When a student wanted to set up a table outside the student union to generate interest in forming a chapter of the group Turning Point USA on campus, a school administrator stopped her, citing the university’s speech policy.

At an event in Philadelphia last week, DeVos acknowledged the situation and criticized the school’s policy, saying,

As the purpose of learning is forgotten, ignored or denied, we are inundated daily with stories of administrators and faculty manipulating marketplaces of ideas.

Take what recently happened to a student at Arkansas State University. She wanted to recruit for a student organization she was founding, but soon learned it first had to be approved by the university. Even then, she still had to apply for a permission slip to distribute materials.

And all of the activity had to occur within the confines of a “speech zone,” typically obscure, small, cordoned-off corners of campus where free expression is “permitted.” These so-called “free speech zones” are popping up on campuses across the country, but they’re not at all free.

The Arkansas State student proceeded to set up shop, and was promptly removed by a university administrator and a campus police officer. She’s suing, and a judge recently allowed the action to proceed.

Alliance Defending Freedom has an excellent track record litigating cases like this one in Jonesboro. Given that history, it seems likely the school’s anti-speech policies will not hold up in court.