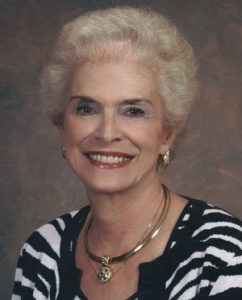 My friend Betsy Hagan of Little Rock recently passed away.

Betsy was one of the kindest and most gracious warriors I have ever known. Beginning in 1977, she and other Arkansas ladies working with Phyllis Schlafly’s nationally powerful Eagle Forum were a force to be reckoned with at the State Capitol.

After stopping Arkansas’ ratification of the federal Equal Rights Amendment, she and the Arkansas group known as F.L.A.G. (Family Life America and God) mobilized Christians statewide to fight the liberal legislative agenda.

Betsy won time after time not because she was stronger, but because she cared more deeply. She was the best kind of lobbyist. Not only was she a gracious, Christian lady who lobbied that way, but she was never paid a dime for any of her work. She spent thousands of hours at the Capitol fighting the good fight for free, because she knew she was in the right.

When she knew she was in the right, there was no stopping her. She was a warrior. For her it was a calling — a calling from God — a destiny that she faithfully fulfilled until the end of her physical strength.

When some people leave, their shoes are soon filled. Others are simply irreplaceable. Betsy Hagan was one of a kind. When I look at her legacy, and I see the empty shoes she leaves behind, I doubt that anyone else can ever take her place.