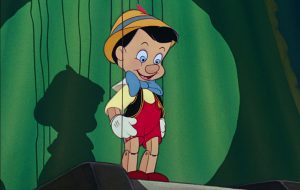 Recently the U.S. House of Representatives voted to prohibit abortions after the twentieth week of pregnancy except in cases of rape or incest or to save the life of the mother. This federal bill is very similar to a law Arkansas passed in 2013.

As The Washington Post notes, the U.S. is one of only a handful of countries in the world in which abortion after the twentieth week of pregnancy is legal.

Shortly after the House passed the bill, CNN published a video that is nothing short of fiction.

The video claims that at one point abortion simply was part of life in America; that even the Catholic church did not believe life began at conception; that the anti-abortion movement began with doctors wanting to regulate midwives and homeopathic medicine; and that early pro-life activists were primarily concerned with declining birth rates among white women.

Frankly, I had no idea it was possible to cram so much wrong information into 96 seconds, but CNN did. The video is still online, and you can watch it for yourself if you want.

During the first or second century, church leaders circulated a document called The Didache summarizing many basic Christian teachings. Among other things, it said, “you shall not murder a child by abortion nor kill that [child] which is born.”

“Christians have opposed abortion of all kinds going back to the earliest writings outside of the New Testament . . . . But apparently it’s news to CNN.”

And contrary to the video’s claims, abortion was not simply part of American life. In 1871, an investigative journalist writing for The New York Times said,

Thousands of human beings are thus murdered before they have seen the light of this world, and thousands upon thousands more of adults are irremediably ruined in constitution, health and happiness. So secretly are these crimes committed and so craftily do the perpetrators inveigh their victims, that it is next to impossible to obtain evidence and witnesses.

Whatever some may say, there simply is nothing new about people — especially Christians — equating abortion with murder.