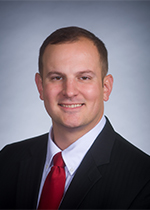 Although Arkansas’ legislature is not in session, its lawmakers are still working on pro-life bills.

Today state Senator Trent Garner (R — El Dorado) tweeted that he is drafting a bill to prohibit abortion in cases of Down Syndrome.

In honor of the AR Right to Life March, I am working on a bill that will end the inhumane practice of aborting a person because they have Down Syndrome. It is morally wrong to stop a life because it is different. It is time to end this sick practice. #arpx #arleg #ProLife pic.twitter.com/dFGD1jbgbx

The senator said he hopes the final version of the bill will include additional protections for unborn children with other genetic defects besides Down Syndrome.

Arkansas passed a long list of pro-life laws last year, and voters should be proud to have a state legislature that is so dedicated to protecting unborn children. We look forward to supporting Sen. Garner’s bill and other pro-life legislation when the Arkansas Legislature reconvenes.