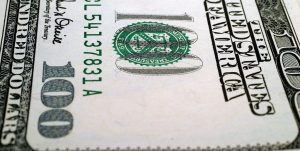 The task force cannot make any official changes, but it can make recommendations to the Arkansas Legislature ahead of the next legislative session in 2019.

Among the changes under review are an increase in the state grocery tax; repealing sales tax exemptions for nonprofit hospitals and nursing homes; eliminating the state sales tax holiday; and reducing some of the taxes collected on new or used cars.

In 2011 the Arkansas Legislature created a back-to-school sales tax holiday. During the first weekend in August, the state doesn’t collect sales taxes on school supplies, instructional material, and clothing sold for less than $100. Missouri, Tennessee, Oklahoma, Texas, and Louisiana have similar tax holidays.

Family Council supported the sales tax holiday in 2011, because it benefits families — including home school families — shopping for the upcoming school year. Eliminating the state sales tax on school supplies for one weekend is like giving families a 6% – 7% discount as they do their back-to-school shopping.

The task force is considering a proposal to eliminate the tax holiday. Some lawmakers may not feel like the sales tax holiday does much, but a lot of parents would beg to differ.

Currently, sales to nonprofit hospitals, sanitariums, and nursing homes are not taxed in Arkansas. In December consultants for the state singled-out these sales tax exemptions, saying they cost the state millions of dollars in revenue.

Many nonprofit hospitals and nursing homes are faith-based. They offer people more than just medication and healthcare, and they may operate on budgets that are so tight they would have to shut their doors if they were taxed at the same rate as corporate healthcare facilities.

Currently, groceries in Arkansas are taxed at a reduced rate of 1.5%. However, the Arkansas Tax Reform and Relief Task Force is considering a proposal to impose the full sales tax on groceries — 6.5%.

Over the course of a year, that family will end up paying an extra $260 in taxes — just so they can put food on the table at home. The legislature may be able reduce the impact of these taxes in other ways, but any increase to the state’s grocery tax is going to add financial strain to a lot of households.

Family Council supports efforts to reduce the state sales tax on new and used cars, because parents with young children often cannot afford expensive vehicles, and the used car tax makes it harder for them to purchase a safe, reliable car for their family.

In 2011 Family Council successfully lobbied lawmakers to cut taxes on used cars. Under that law, taxes are not collected on new or used vehicles sold for less than $4,000.

Now this legislative task force is reviewing a proposal to stop collecting state sales tax on new or used cars sold for less than $10,000. That sounds like a good idea to us!

You can find a full list of the task force’s tax reform proposals here.

If you are concerned about any of these tax proposals, contact your state representative and state senator.