HB1100 by Representative Butch Wilkins (D-Bono) failed by a vote of 10 to 7 to pass the House Public Health Committee today. 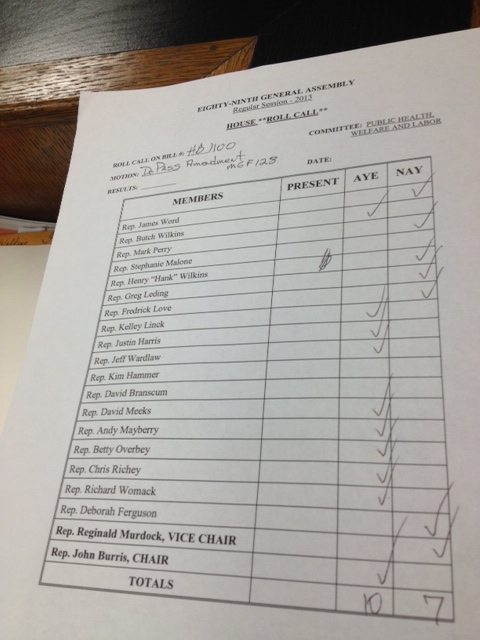 On another note, Representative Greg Leding (D-Fayetteville) voiced opposition to the bill by telling a private citizen who came to testify in favor of the bill that “pro-life” is “just a silly label,” and even went so far as to ask the “pro-death” members of the committee to raise their hands.