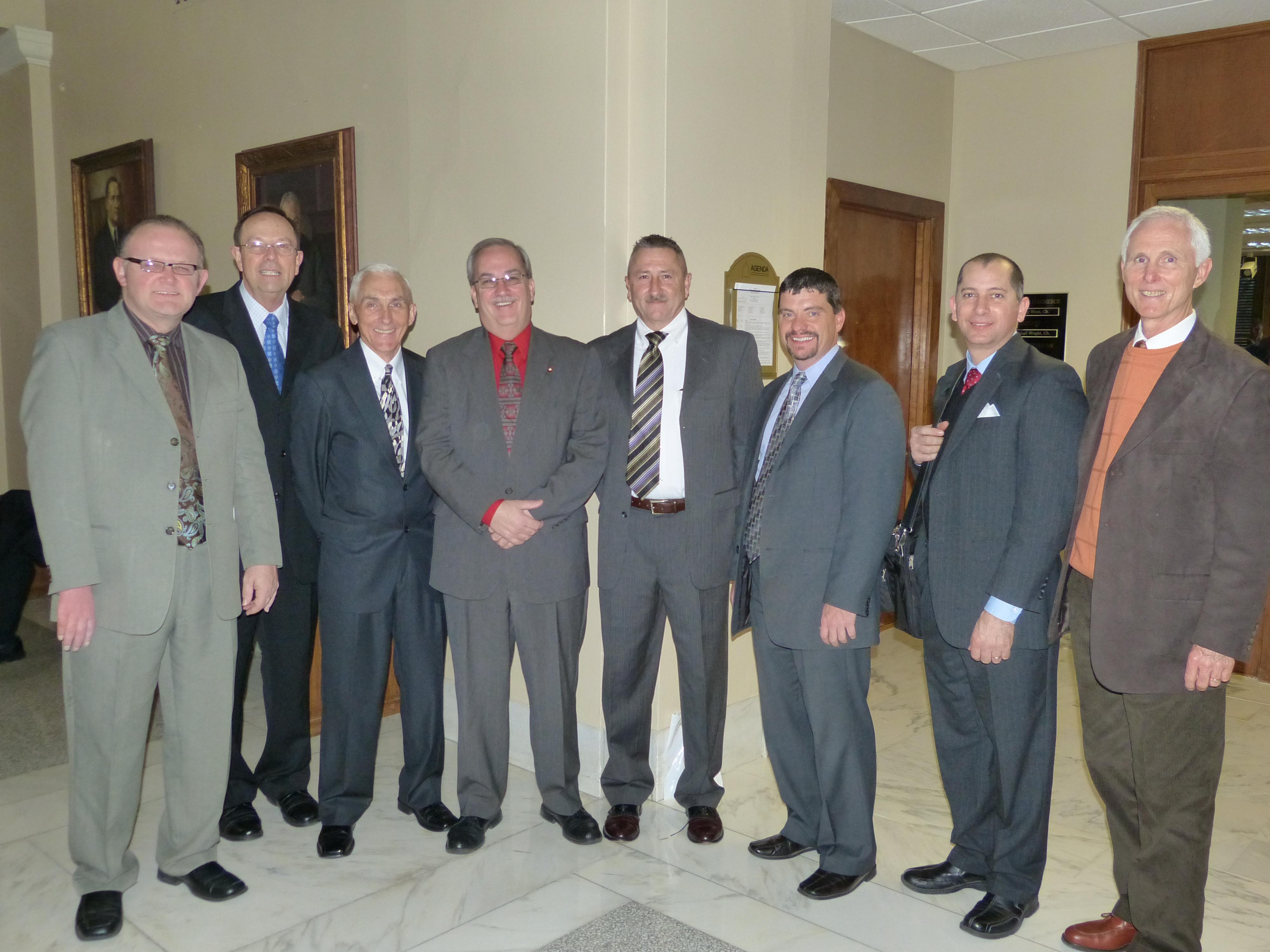 Ministers pose in the hallway of the Capitol Building with Jerry Cox, second from left, Rep. Kim Hammer, fourth from left, and Jason Palermo of Capitol Commission Arkansas, second from right. 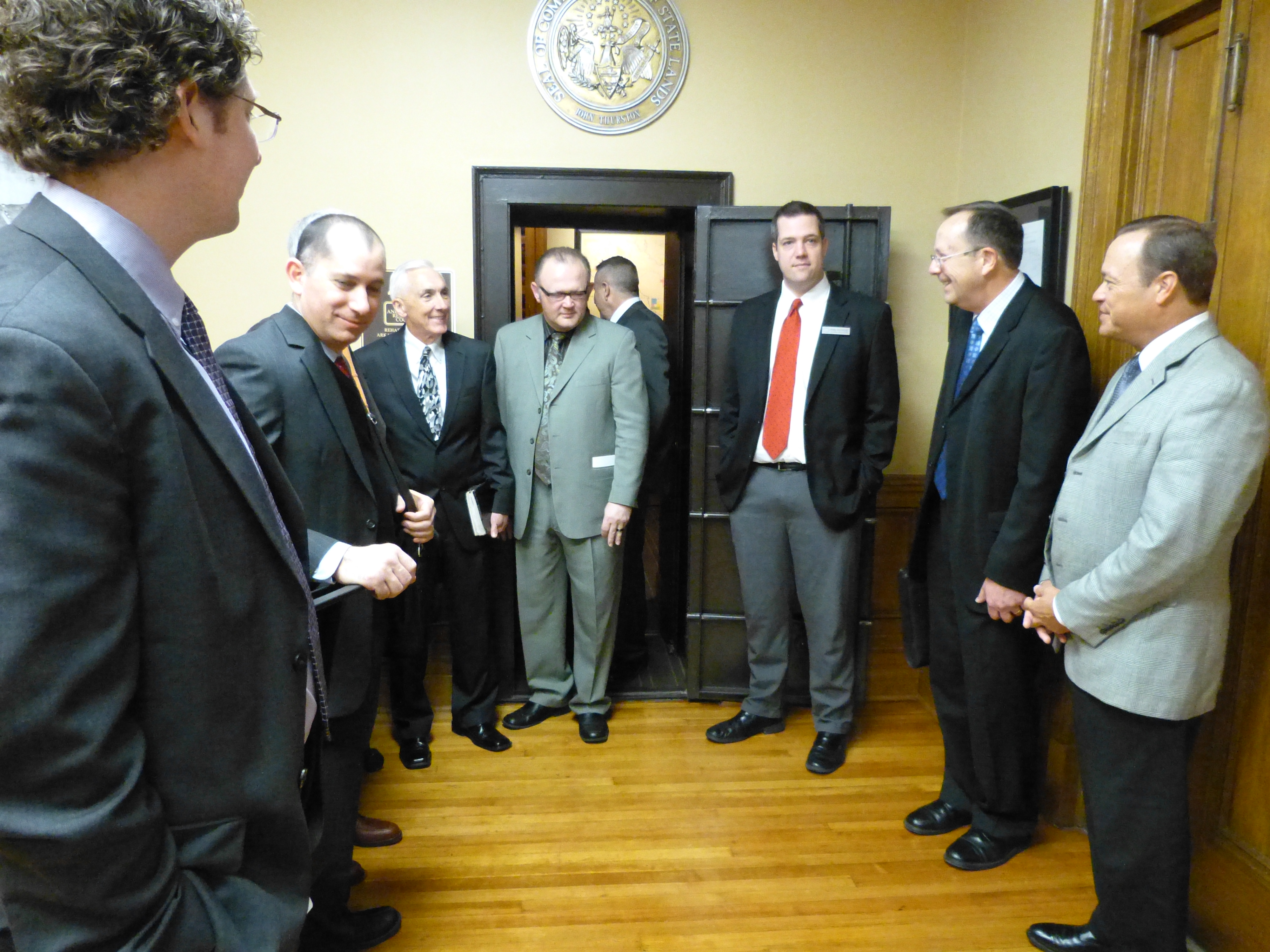 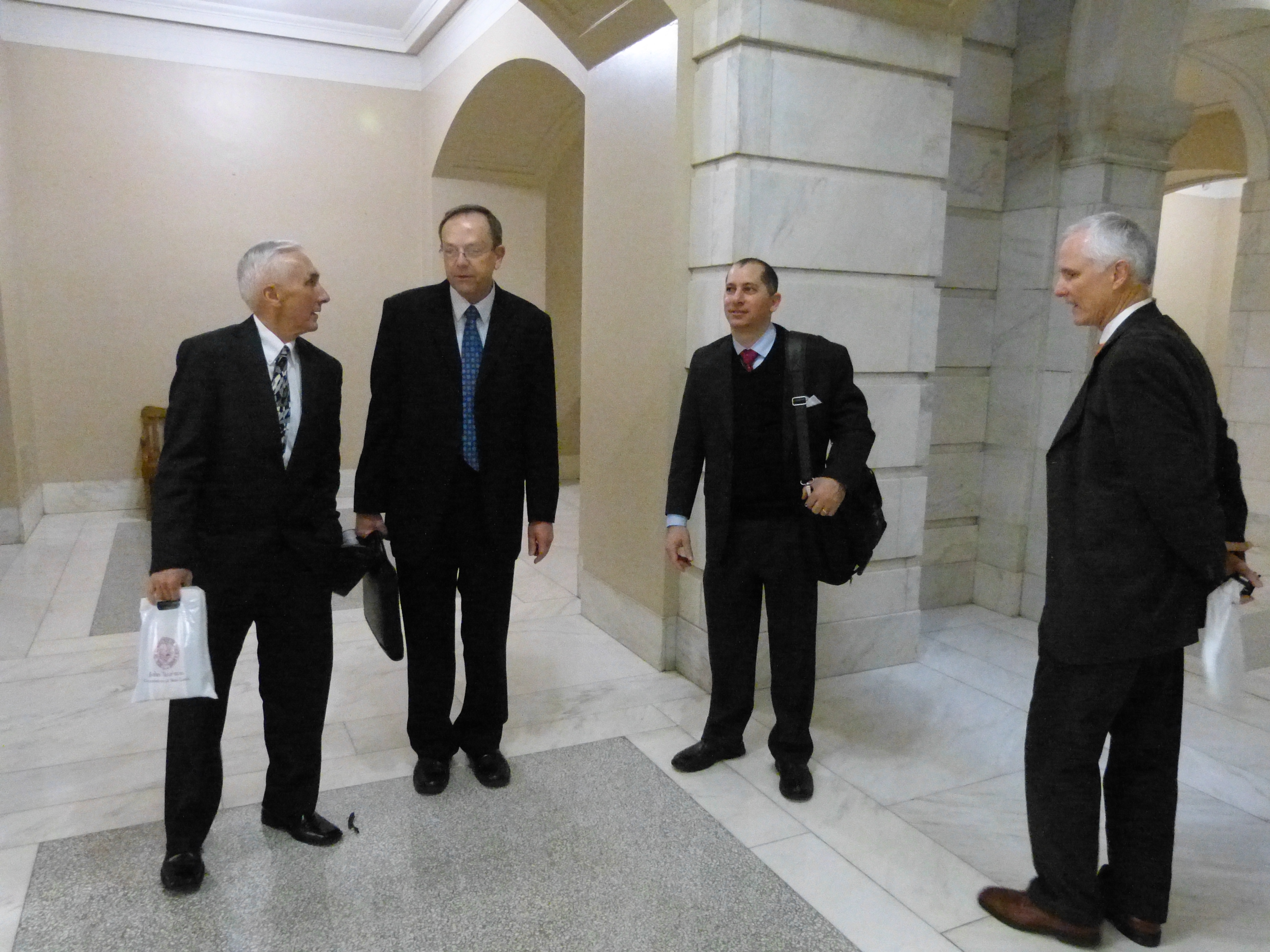 Jerry Cox, second from left, of Family Council, and Jason Palermo, second from right, of Capitol Commission Arkansas visit with pastors in the hallway of the Capitol. 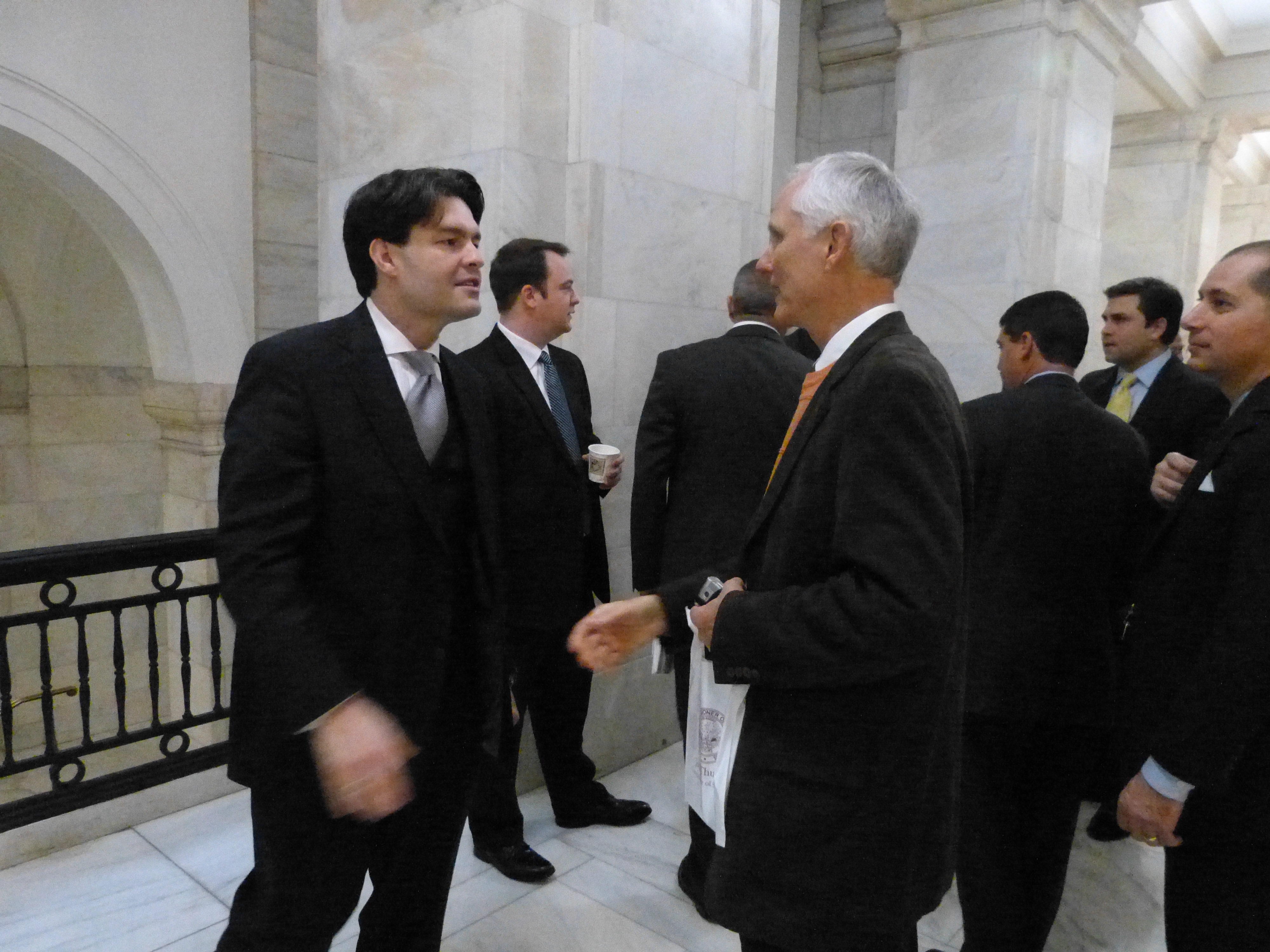 Sen. David Sanders, left, shakes hands with one of the pastors attending the prayer breakfast. 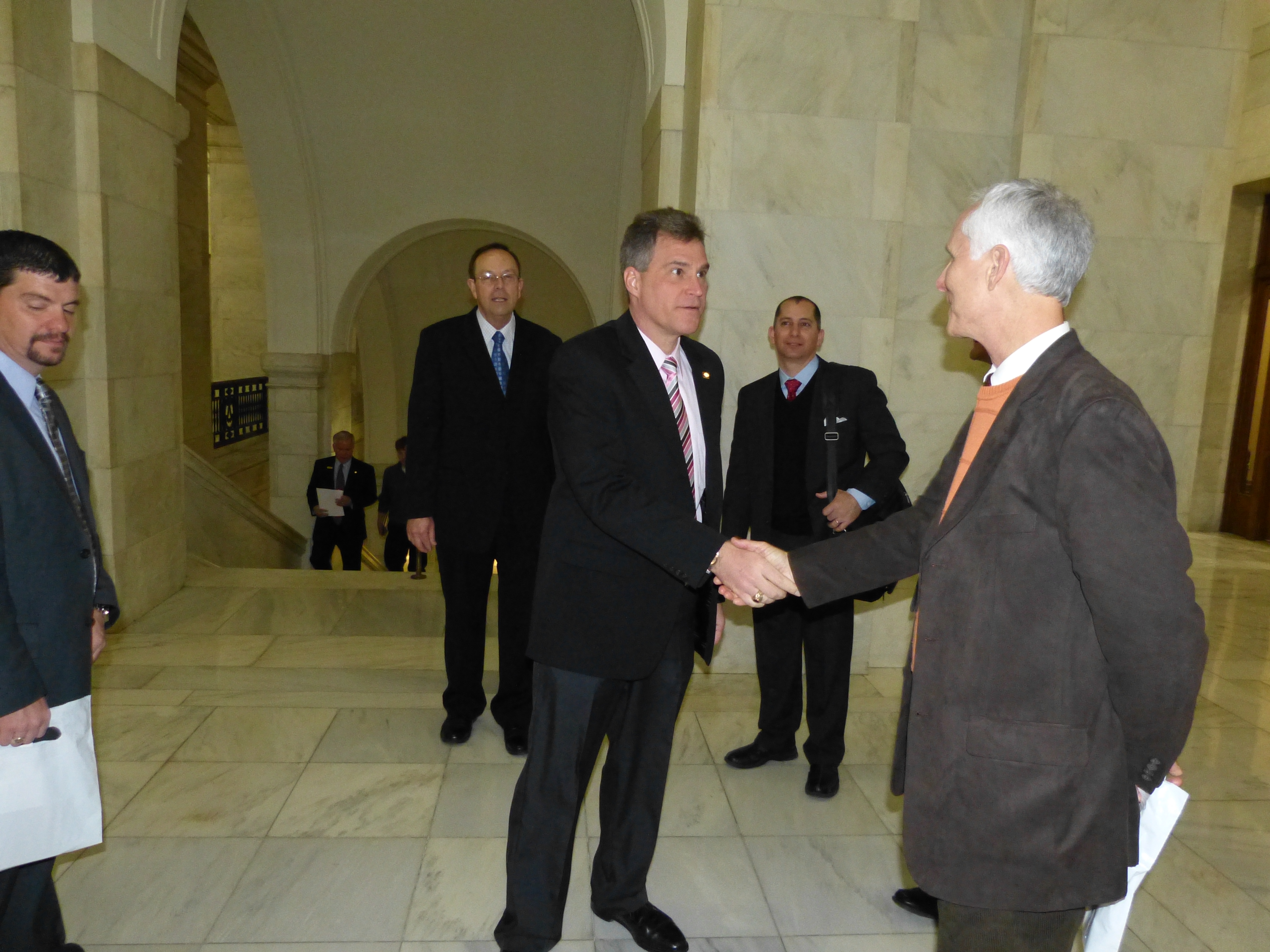 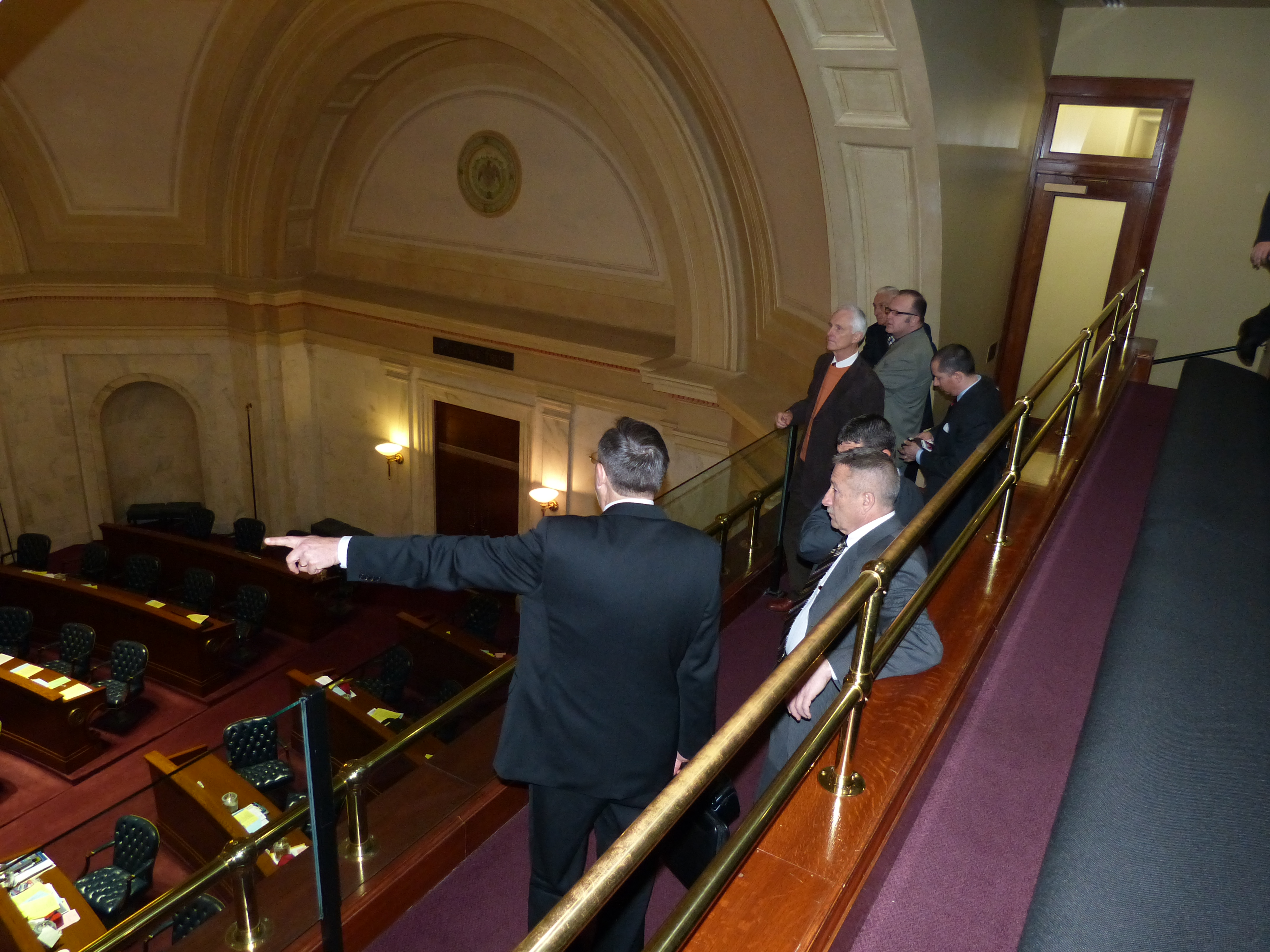 Jerry Cox, left, gives pastors a tour of the Arkansas Senate Chambers from the gallery. 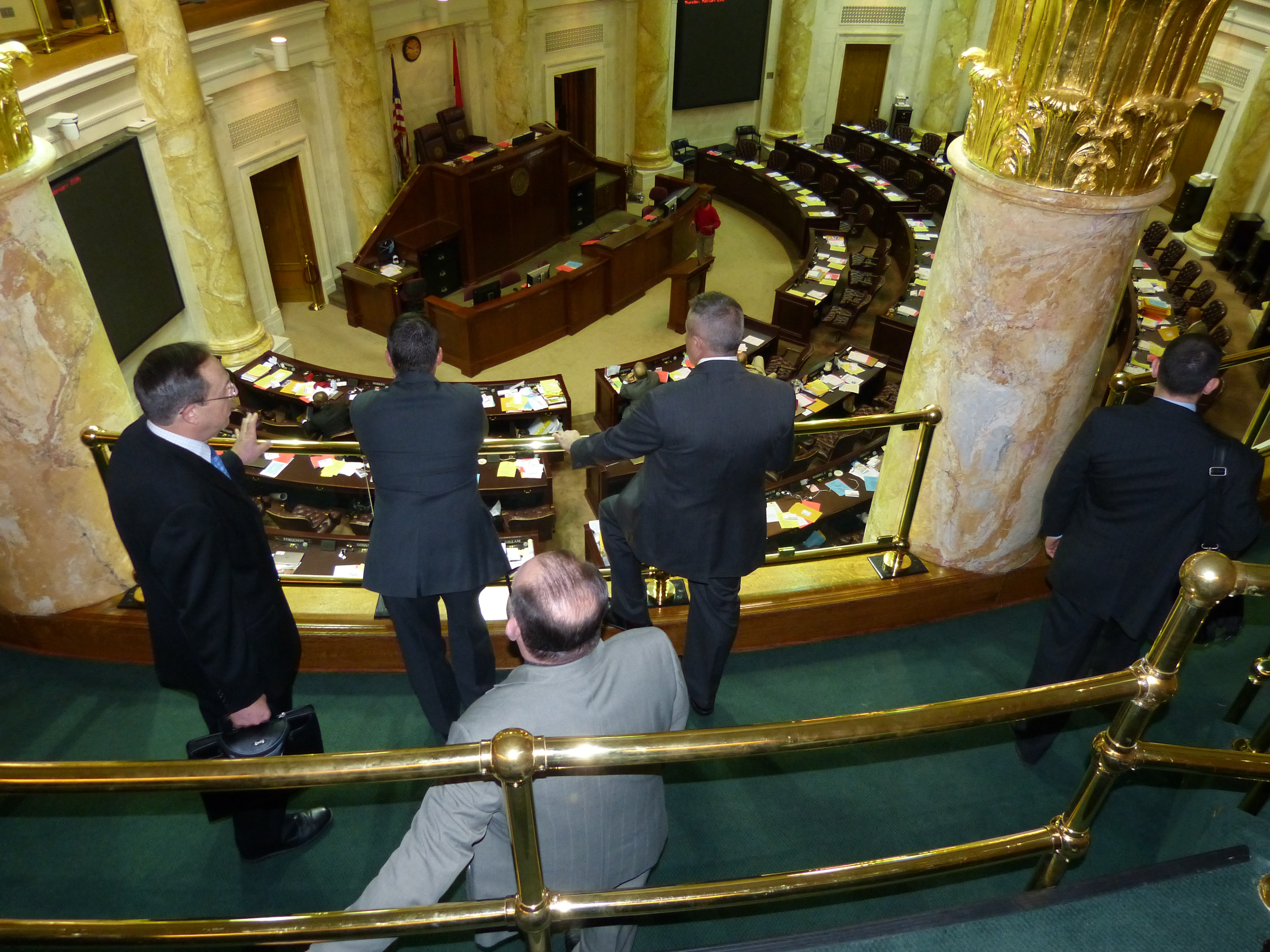 Pastors view the Arkansas Senate Chambers from the gallery overlooking the senators’ desks. 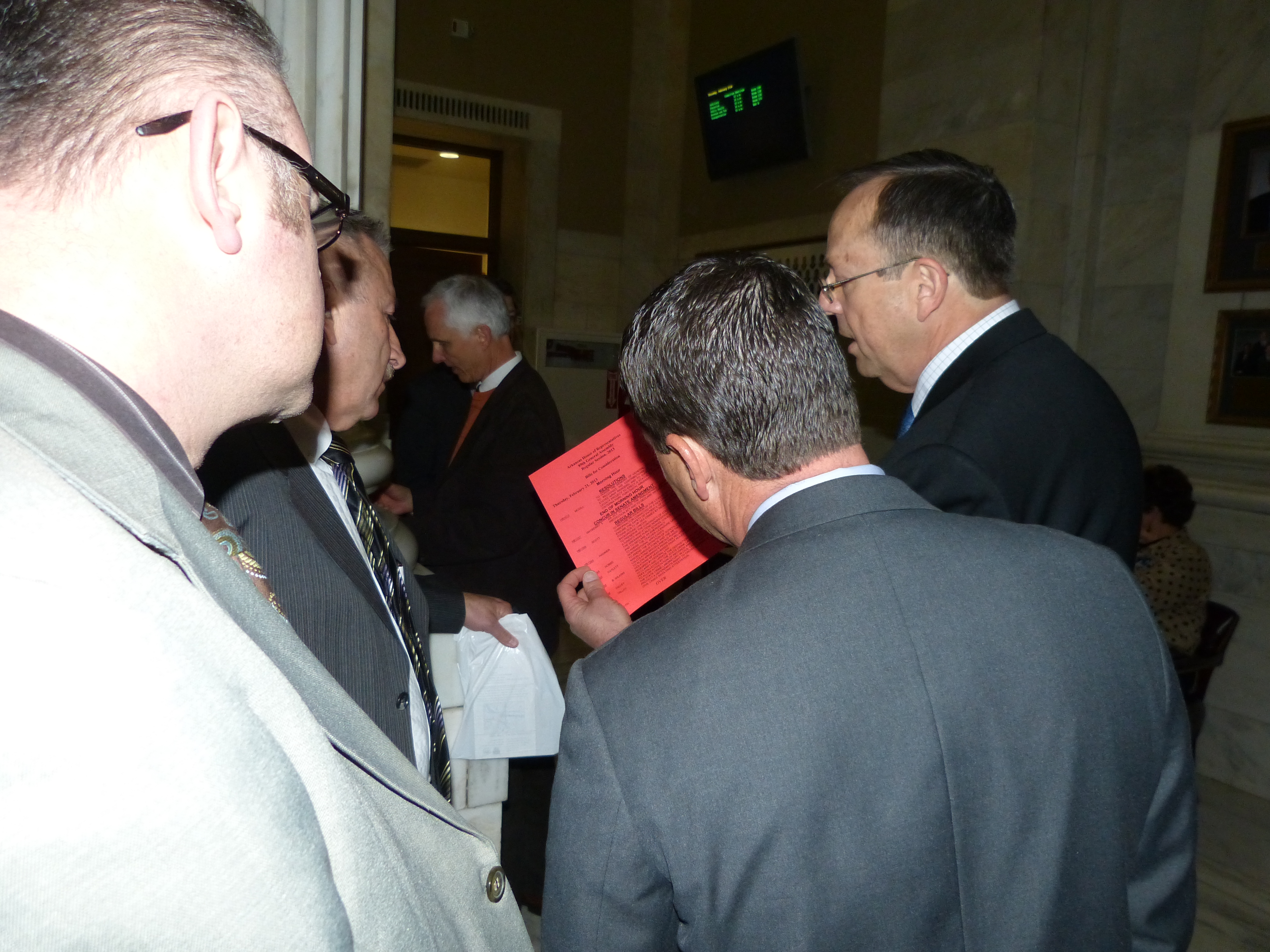 Pastors gather with Jerry outside the Arkansas House of Representatives. 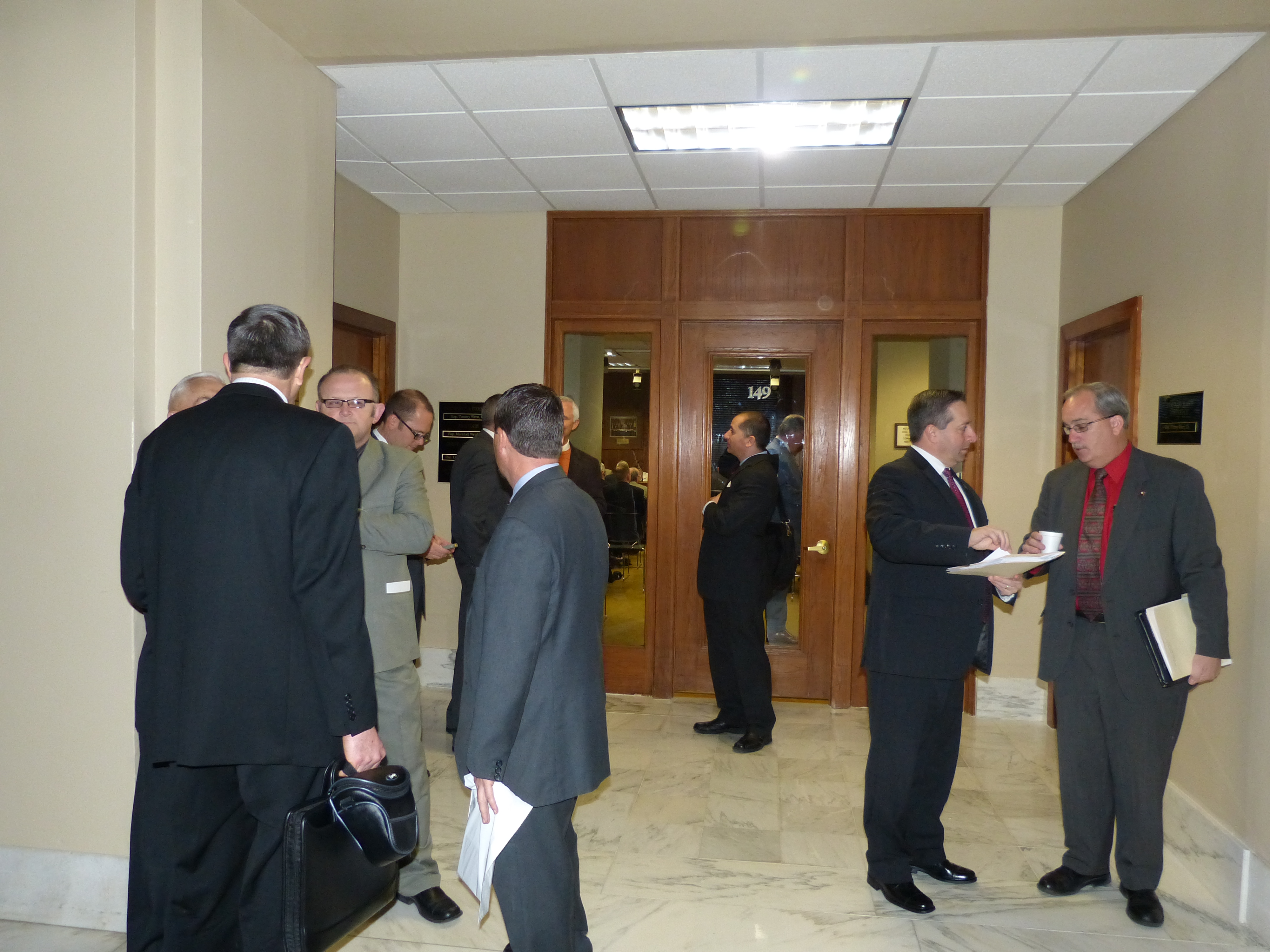 Pastors mingle with lawmakers in the hallways. 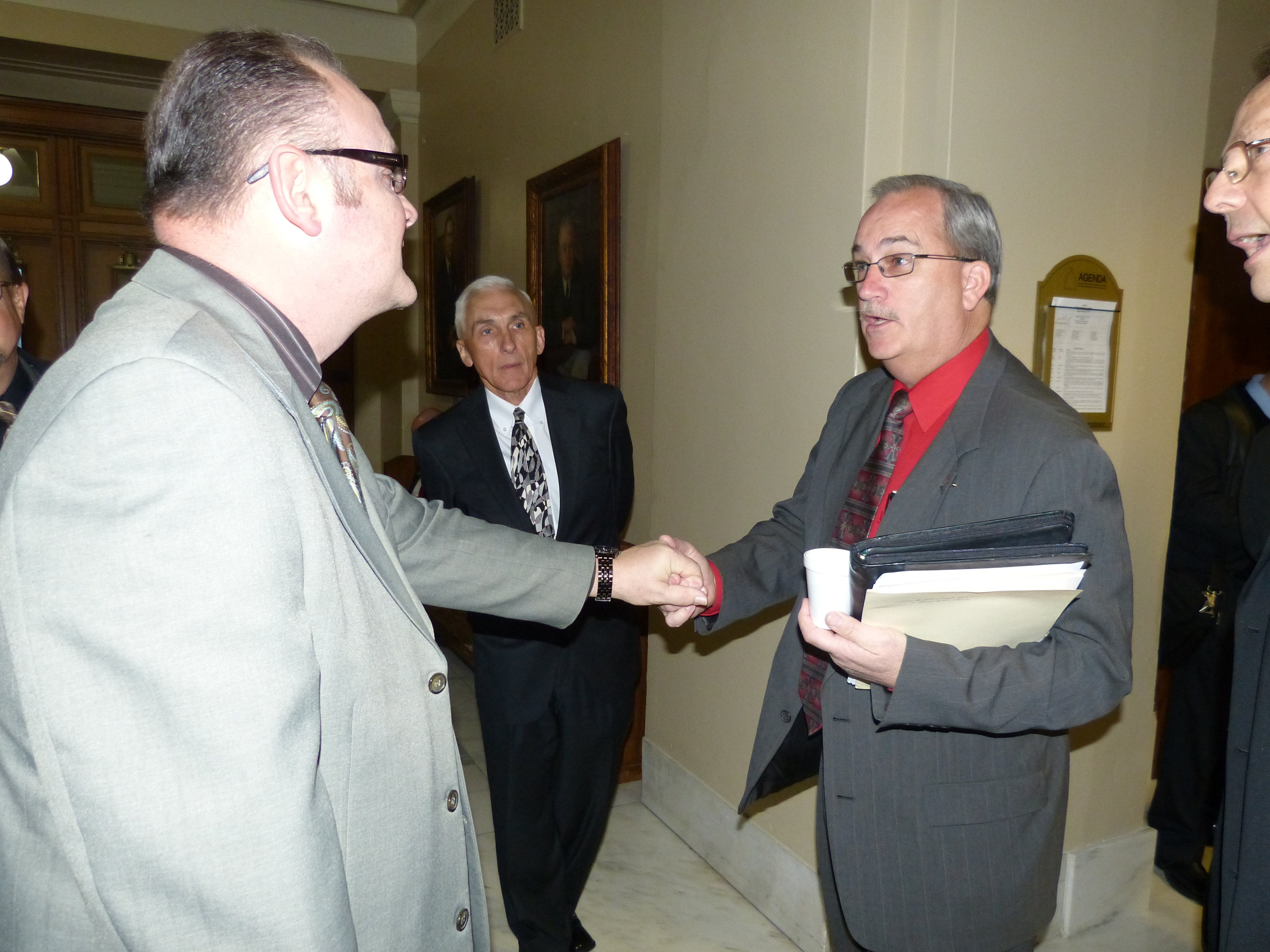 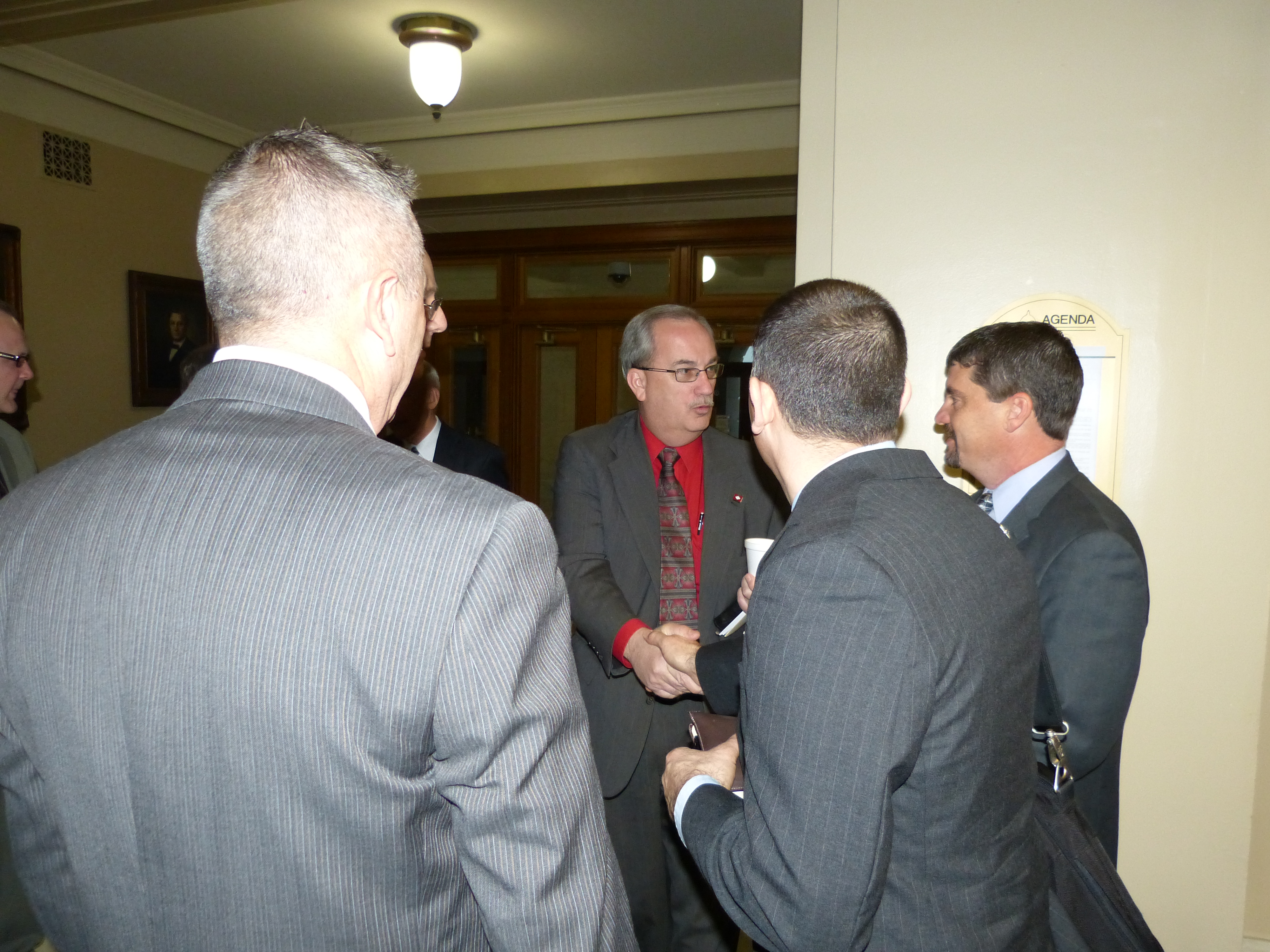 Come Pray at the Capitol This Thursday