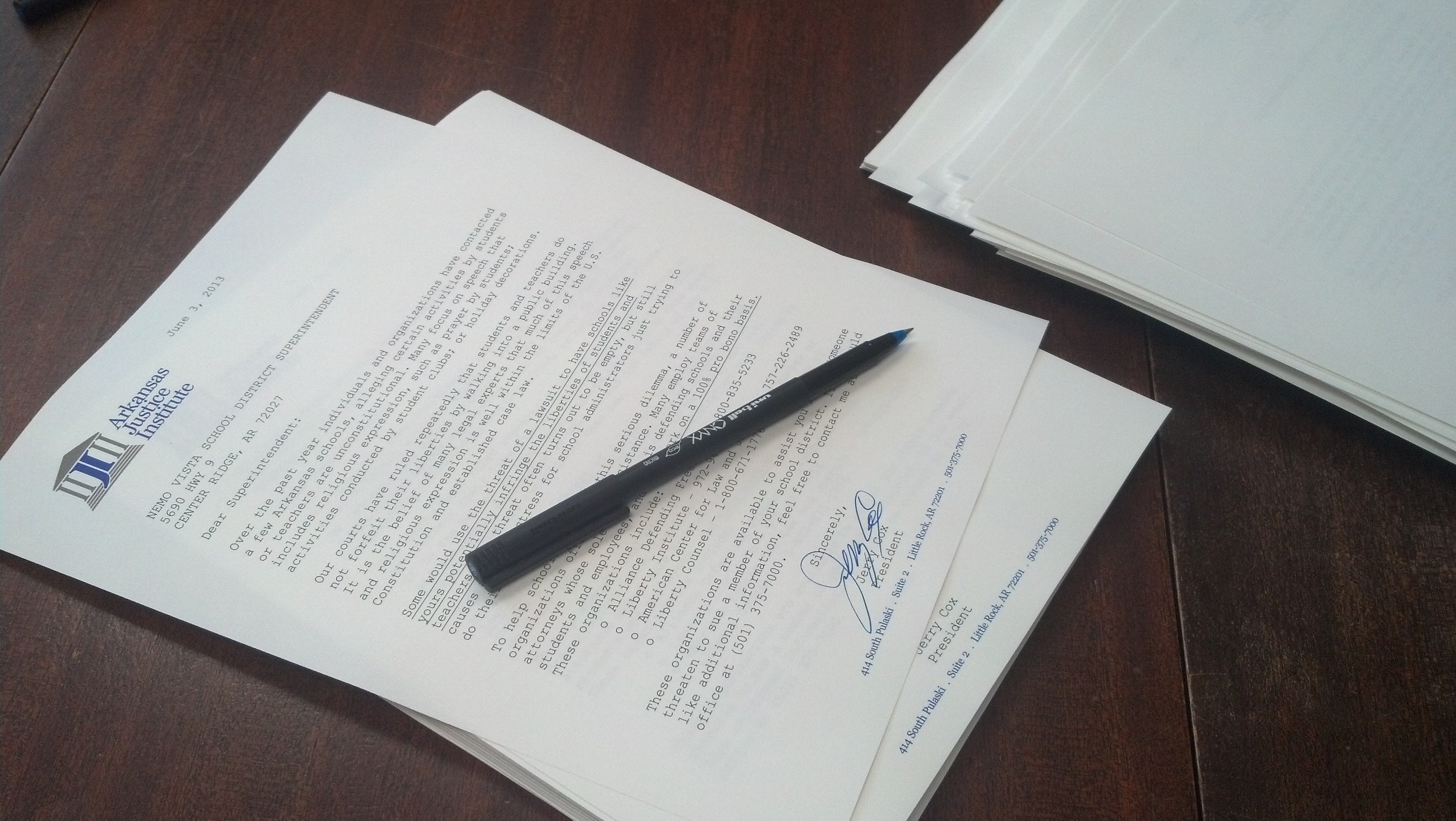 Everyone knows that schools have been a religious liberty battleground since 1962 when the Supreme Court declared school-sponsored prayer off-limits. Over 50 years later the lines are still being drawn.

Conway public schools were recently targeted by the Freedom From Religion Foundation for their long-standing policy of allowing youth pastors to visit members of their youth group at school during lunch—just as other friends and family members of students are allowed to do. Thankfully, the Conway School District didn’t cave in to the anti-religious demands of this out-of-state group. They called my friend Kelly Shackelford at the Liberty Institute in Plano, Texas. Kelly and his team provided free legal help.  The Conway school district pushed back, and the youth pastors were able to keep visiting students at the school.

Public schools are not religion-free zones. Students don’t surrender their First Amendment rights of religious freedom just because they walk through the door of a public school building.  If some groups had it their way, prisoners in our jails would have more religious liberty than 7th graders sitting in a classroom.

There are several organizations with the legal muscle to help schools push back when threatened.  In most cases, this help is free. This summer, we’ve drafted a simple letter to every school superintendent in Arkansas telling them how to get in touch with these organizations.  Here is the list of groups we’re sending them:

School Board Resumes Prayer Before Meetings