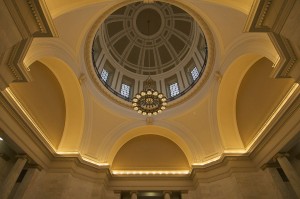 Here’s the bottom line: Healthcare needs reforming. We met with Senator Pryor back in 2009 to discuss steps we believed the U.S. Senate could take to improve healthcare in America. But Obamacare is a terrible law. It’s going to force Americans to pay for abortions, abortion-inducing drugs, sterilization, and contraception regardless of any religious objections they may have to the contrary; a lot of experts also believe it’s going to cause healthcare costs to skyrocket.

Of course, that would require the U.S. House and Senate to work together on something, and today the two chambers don’t exactly seem to be on speaking terms.

Is The Supreme Court Ruling The End of The Healthcare Debate?