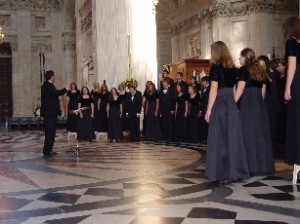 A Montana school recently received a letter from the Freedom From Religion Foundation and the ACLU threatening possible legal action if the school’s choir members were permitted to voluntarily participate in a community Christmas celebration at a local church.

The school has rightly decided to ignore the threat and let students join in the festivities.

“Schools should not have to think twice about whether they can allow choirs to participate in community Christmas events,” said Litigation Staff Counsel Rory Gray. “Courts have unanimously allowed students to sing Christmas carols at school. Nothing changes when they sing the same Christmas songs at a community festival instead. We commend the districts for rightly ignoring the baseless threats delivered by the American Civil Liberties Union and the Freedom From Religion Foundation.”

This latest action by the ACLU and the Freedom From Religion Foundation is yet another in a long series of anti-Christmas (and anti-religion) activities by the groups, including:

In addition to past actions by the Freedom from Religion Foundation, Arkansas has also seen its Christmas celebrations targeted by other atheist groups, including unwarranted controversy over a Nativity display at a school in Paragould and an anti-Christmas display sponsored by the Arkansas Society of Freethinkers on the Arkansas Capitol grounds.