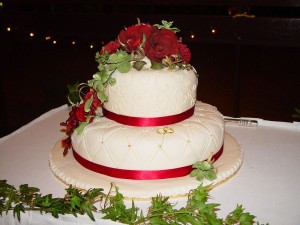 Should gay people be able to force Christian business owners to violate their religious beliefs? Liberal judges seem to think so.

We’ve heard stories about photographers, bakers, or Christian camp operators being forced by judges to accommodate gay weddings. Never mind the fact that these individuals have clear religious convictions about marriage and homosexuality. Some have found themselves in court, where judges fined them and told them they had to do business with same-sex couples in spite of their religious beliefs.

What person, gay or straight, would want their wedding photographed by a person being forced to take their picture? I can only imagine the quality of the photos. Would you want to eat a wedding cake that a judge had forced someone to bake for you? Of course not.

In the minds of too many judges, religious freedom has been reduced to something we believe rather than something we do. That’s a huge difference. Jesus told us to GO into all the world. Christianity is a public faith that is to be practiced openly. Years ago, we all heard stories about Communist governments that punished people for openly practicing their faith, and it is still that way in some parts of the world today. But even in the United States, we should all be vigilant to ensure that our religious freedoms are not eroded by anyone’s political or social agenda.

Some people might ask what’s the big deal? It is just a cake or a photograph. The problem is that any government powerful enough to force a Christian to bake a cake or take a picture can force that Christian to violate his or her faith in other ways. If my neighbor’s exercise of religious freedom can be labeled anti-gay, what might they someday label mine?