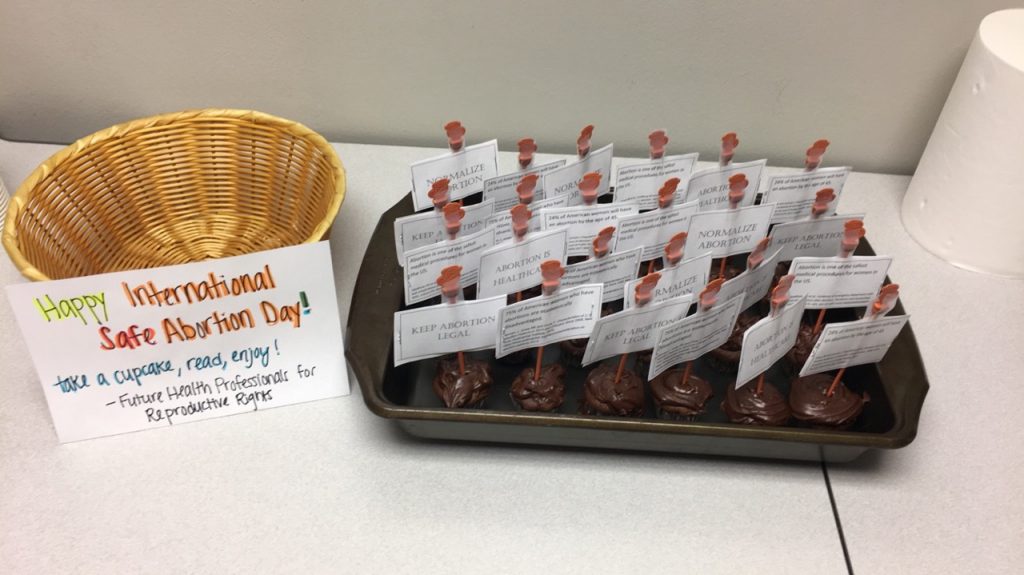 This morning we received a photo taken by a person at the University for Medical Sciences in Little Rock showing a tray of cupcakes next to a handmade sign reading,

Attached to each cupcake were flyers with “KEEP ABORTION LEGAL,” “NORMALIZE ABORTION,” and “ABORTION IS HEALTHCARE” printed on them along with pro-abortion talking points.

The cupcakes apparently were prepared by anonymous medical students, and were made available for others at UAMS.

International Safe Abortion Day is an annual event created by abortion advocates. It falls on September 28 of each year, and there are a number of pro-abortion groups and websites that observe it.

A tray of cupcakes may not seem like a big deal to some people, but here are some points to keep in mind:

First, abortion is never safe. It certainly isn’t safe for the unborn baby who is killed, but it also isn’t safe for the woman on whom the abortion is performed, either. Abortion carries a number of risks and consequences, which is why Arkansas’ lawmakers have worked hard to pass one of the strongest informed-consent laws for abortion in America. Informed-consent laws ensure women receive all the facts about abortion and about the alternatives that exist to abortion.

Second, there’s nothing to celebrate when it comes to abortion. In the past even those who supported abortion argued it ought to be legal, but also rare. It’s only recently that we’ve seen this kind of support for normalizing and celebrating abortion in America. Stunts like this trivialize abortion in a way that would have been unheard of two or three decades ago.

I realize UAMS isn’t sanctioning International Safe Abortion Day, but it’s troubling to see something like this from medical students. I would expect students training to become healthcare professional to realize better than anyone that abortion is a very serious issue that shouldn’t be treated so flippantly.