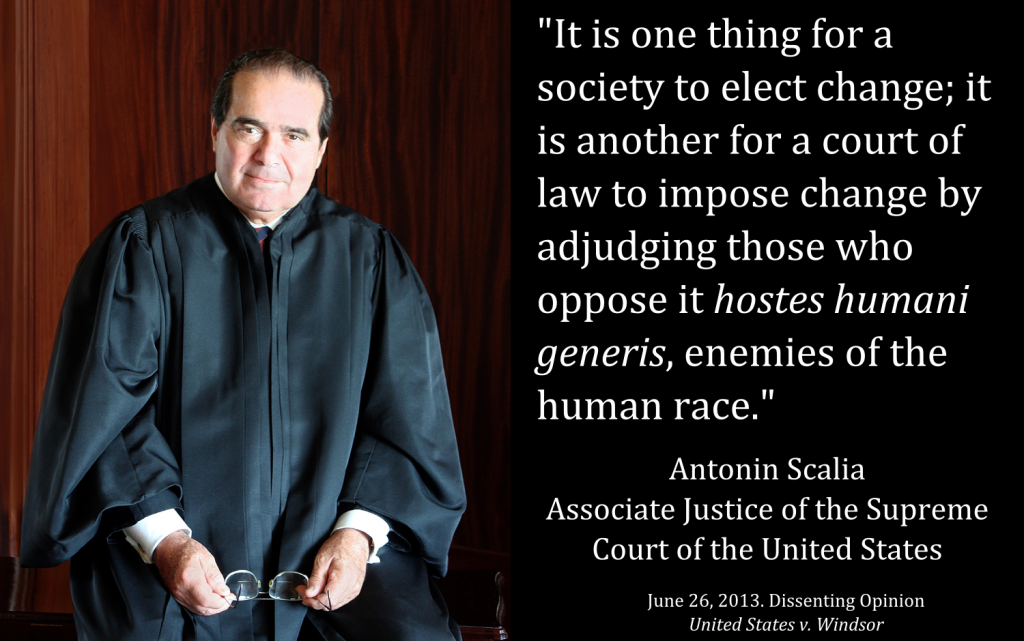 Justice Scalia in his dissenting opinion on the U.S. Supreme Court’s 2013 DOMA ruling.

Heritage Foundation has published a research piece examining the potential for conflict between religious liberty and same-sex “marriage.”

We have written about examples of this conflict before–specifically when it comes to bakers, florists, and photographers forced by courts to participate in same-sex weddings or face severe penalties. In fact, this loss of religious liberty was called by one judge, “the price of citizenship.”

“Legal recognition of same-sex marriage will increase the potential for conflicts with religious freedom. The recent Supreme Court ruling in United States v. Windsor intensifies these concerns by characterizing traditional marriage policy as a form of irrational prejudice.”

In the column, Heritage outlines examples of ways religious liberties have been affected by same-sex marriage, including:

Heritage also highlights a growing body of legal cases over charitable donations and tax-exemptions, including a Catholic adoption service Americans United for the Separation of Church and State argued would need to give up its tax-exempt status if it wanted the freedom to opt not to place adoptive children with same-sex couples.

Concerning these and other situations, Heritage writes,

You can read Heritage Foundation’s research and policy suggestions for preserving religious liberty in America here.