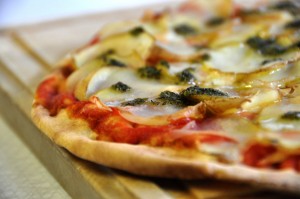 The Freedom From Religion Foundation is drumming up controversy in Arkansas again–this time over pizza.

You may recall in 2013 FFRF threatened legal action against Conway public schools because school administrators allowed youth pastors to visit students on campus the same way it allowed other visitors to meet with students. The schools (and youth pastors) won that debate; now the group is back, and this time they are going after a private pizzeria in Searcy.

According to KTHV in Little Rock, Bailey’s Pizza of Searcy received a letter from the atheist group after the group learned Bailey’s offered a 10% discount to anyone who brought a church bulletin into the restaurant on Sundays.

Freedom From Religion Foundation claims this discount discriminates against people who do not go to church, and that it violates the federal Civil Rights Act of 1964. We feel that argument simply does not hold water. Giving someone a discount because they have a church bulletin with them does not discriminate against atheists any more than giving a senior citizen a discount discriminates against young people. It’s simply another way businesses can attract customers. No one is being denied service because of their faith or lack thereof.

Freedom From Religion Foundation’s argument against Bailey’s Pizza is so bizarre it’s almost laughable. How “religiously neutral” does a business have to be? If Bailey’s prepares all its pizzas in a kitchen with pork products (like pepperoni, for example), that’s liable to prevent people with religious objections to pork from eating there. Is that “discrimination”? No, it simply means “places of public accommodation” (to borrow from the Civil Rights Act) can’t always please every member of the public.

When President Johnson signed the Civil Rights Act of 1964, I’m not sure the goal was to stop pizzerias from giving nominal discounts to anyone who walks in with a church bulletin. Giving a discount to someone is not religious discrimination, but trying to tell a business owner his private restaurant must be a religion-free zone arguably is.

END_OF_DOCUMENT_TOKEN_TO_BE_REPLACED

According to Alliance Defending Freedom, atheists in Massachusetts are suing to ban the Pledge of Allegiance from public schools because they find the pledge offensive:

“Atheist parents and students are seeking to stop recitation of the Pledge in public schools–even though no student is required to recite it–because the atheist students claim to be ‘offended’ by simply hearing the words ‘under God.'”

The people seeking to bar the Pledge from schools lost in lower court earlier, but have appealed the court ruling to Massachusetts’ state Supreme Court.

END_OF_DOCUMENT_TOKEN_TO_BE_REPLACED

A three-judge panel from the Sixth Circuit Court of Appeals issued a unanimous ruling yesterday against a so-called “Winter Solstice” sign the Freedom From Religion Foundation recently tried to put alongside Christmas decorations in the city of Warren, Michigan. The sign read:

“At this season of THE WINTER SOLSTICE may reason prevail. There are no gods, no devils, no angels, no heaven or hell. There is only our natural world, Religion is but Myth and superstition that hardens hearts And enslaves minds.”