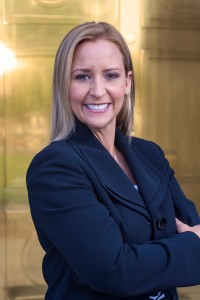 Yesterday Attorney General Leslie Rutledge filed for a rehearing in a court case that struck part of a 2013 pro-life law.

The law–known as the Arkansas Human Heartbeat Protection Act–was sponsored by Sen. Jason Rapert (R-Conway) in 2013; it prevents abortions after the twelfth week of pregnancy if a fetal heartbeat is detected–except in cases of rape or incest or to save the life of the mother.

The law passed the Arkansas Legislature handily, but was vetoed by Gov. Mike Beebe. After legislators voted to override the governor’s veto, the law went into effect, but was challenged as unconstitutional in a lawsuit.

As a result of that lawsuit, federal District Judge Susan Webber Wright struck down much of the law as unconstitutional, and late last May a panel of three federal judges upheld her ruling. The Attorney General’s Office has requested a rehearing of the case before the entire Eighth Circuit Court of Appeals.

A rehearing would provide an opportunity for the federal court to reverse the lower court’s ruling and reinstate a good, pro-life law that protects unborn children and promotes women’s health; the longer a woman waits to have an abortion, the more dangerous abortion becomes.

Arkansas Department of Health data from 2010 – 2014 does not show a single abortion performed in Arkansas due to a medical emergency; the vast majority of abortions are performed on healthy mothers carrying healthy babies. It’s unfortunate abortion has become just another means of birth control. The Arkansas Human Heartbeat Protection Act addresses that by specifying the timeframe during which an abortion can occur.

Abortion Advocates Fail to Mention Consequences for the Mothers

How Much Money Does Planned Parenthood Make from Abortion?