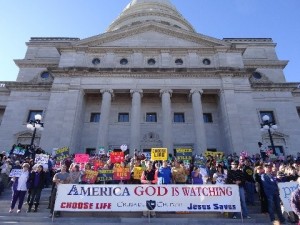 Late yesterday the Los Angeles Superior Court issued a temporary restraining order against the Center for Medical Progress preventing it from releasing at least one upcoming video from its series on Planned Parenthood.

The request for the temporary restraining order came from StemExpress; according to videos released by the Center for Medical Progress, StemExpress is one of the research groups utilizing aborted fetal remains from Planned Parenthood.