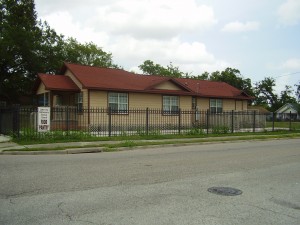 The Housing Authority for the City of Houston is trying to use eminent domain to seize the property of two churches.

According various news sources and a lawsuit filed by two Houston area churches, the city is trying to implement an urban renewal program that involves the construction of a library and a 63-unit housing project. In order to complete the project, the city says it must obtain property owned by the Latter Day Deliverance Revival Church, a predominantly African-American congregation located in the neighborhood.

In recent years, however, eminent domain powers have been applied more broadly in many contexts, forcing citizens and groups who do not necessarily wish to part with their property to do so in exchange for whatever compensation the courts deem fair.

The Liberty Institute is representing the churches in the lawsuit against the city. Attorney Hiram Sasser issued a statement, saying,

“And the folks here who have been part of this community for decades, holding it together, making the improvements around this community, building this community up with their own bare hands, are now facing the government coming in and stealing their church, to be used for some other business. That’s totally un-American and its completely illegal.”

To state it another way, the Latter Day Deliverance Revival Church operates a food pantry. Which do you think will do more for the local community: The church’s ministries to the poor, or a new library?

This is not the first time churches and city officials have come into conflict in Houston. You may recall last year the City of Houston attempted to subpoena sermons from pastors as part of a struggle over the city’s so-called “nondiscrimination” ordinance.

You can read more about this situation here and here.