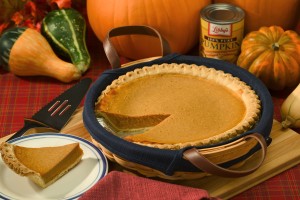 Recently we wrote how most Americans still give thanks to God at Thanksgiving for the many blessings they enjoy. We eat food with friends and family, and we give thanks for all that we have. However, as the holiday season approaches, some websites are actually promoting marijuana-infused Thanksgiving and Christmas recipes.

For example, TheCannabist.co offers recipes for everything from pot cookies to marijuana-infused pies. One writer describes the process for making THC-infused butter, saying, “Some people like to make a mild butter and use it to spread on their toast in the morning or add a teaspoon or two to a baked potato.”

Does anyone actually think it’s a good idea to eat butter infused with marijuana before heading out the door to work? Does that sound like a healthy way to start the day?

A marijuana-infused Thanksgiving meal sounds like a joke, but the truth is there are several problems with marijuana edibles.

For one thing, when marijuana is eaten its effects can be increased or decreased depending on other foods eaten along with it.

Independent testing has confirmed that, like so-called “medical” marijuana, it is difficult to gauge the exact potency of marijuana edibles.

It is easier for a person to consume more marijuana more quickly by eating it than by other means. The marijuana overdose cases we have seen in Colorado and elsewhere happened in part because people ate large quantities of marijuana-infused food very quickly.

We keep saying it: Marijuana may be many things, but “harmless” simply is not one of them.

For a more complete rundown of deaths, injuries, and emergencies attributable to marijuana, click here.