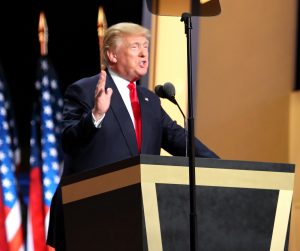 Little Rock—On Tuesday, businessman Donald Trump was elected President of the United States. Family Council President Jerry Cox released a statement, saying, “As far as our work is concerned, the Trump Administration will be business as usual.

“Many people are shocked by the outcome of this election, but we’re going to continue doing what we’ve done for the past twenty-seven years. We’re going to go to the legislature and pass good laws, defeat the bad ones, and speak up for biblical values every chance we get. Since we are primarily a state-based organization, our primary focus at this time is on the January session of the Arkansas Legislature. With solid, conservative majorities in both houses and with the help of Governor Hutchinson, we are looking forward to the best legislative session in our entire twenty-seven year history,” Cox said.

Cox does see some possible bright spots. “With a new administration, we hope the federal government will back off from pushing a social agenda on the states. For instance, the Obama Administration’s push to force schools to let transgender students pick the shower or dressing facility of their choice would have been unimaginable under any previous presidential administration.”

On the appointment of judges, Cox said. “I am cautiously optimistic about Mr. Trump’s promise to appoint federal judges who will be fair on issues like the sanctity of human life and the proper interpretation of the U.S. Constitution. In that regard, his promise is much more appealing than Hillary Clinton’s promise to appoint pro-abortion judges to the U.S. Supreme Court.”

Cox also noted Trump’s promise to repeal the Johnson Amendment, saying, “The little-known Johnson Amendment that was added to the IRS tax code without a fair hearing in Congress has created a lot turmoil for churches and charities over the decades. It restricts free speech and religious liberty by threatening religious Americans with penalties if they weigh in too much on politics. No other group of Americans is singled out like that. Donald Trump promised to repeal the Johnson Amendment at the Republic National Convention. We hope he will follow through on that promise.”

Cox said that the 2016 Presidential Election shows that we are a deeply divided nation. “Some people want a lot more government and others want a lot less. This election didn’t change those numbers.”